It appears impassioned calls on the B.C. government to fund a cystic fibrosis drug for young children has been heard by policy makers.

On Wednesday, the province announced it would be expanding its eligibility criteria for the drug Trikafta to include young children aged six to 11 starting on Sept. 13.

B.C. is the last province to approve the drug's use in kids of this age group, a delay that was painfully apparent to the family of 10-year-old Maysa Milligan, who has cystic fibrosis and lives in Courtenay, B.C.

Maysa's mother, Sarah Milligan, has been calling on the province to approve the drug for young children, since every other province in Canada began funding it earlier this year.

Trikafta was approved for adults in 2021 by Health Canada, and was later approved for young children this spring.

On Wednesday evening, Milligan said she was thrilled by the announcement.

The family lives in Courtenay, but frequently travels to Victoria General Hospital for treatments.

"It may mean that her health improves to the point we can consider doing less of the therapies that we have to do," said Milligan.

With eligibility criteria for Trikafta expanding next week, the family expects Maysa will be able to start taking the drug near the end of September.

"I can't wait to finally have that [Trikafta] in my hands, but I do wish it could have come a little bit sooner," said the 10-year-old. 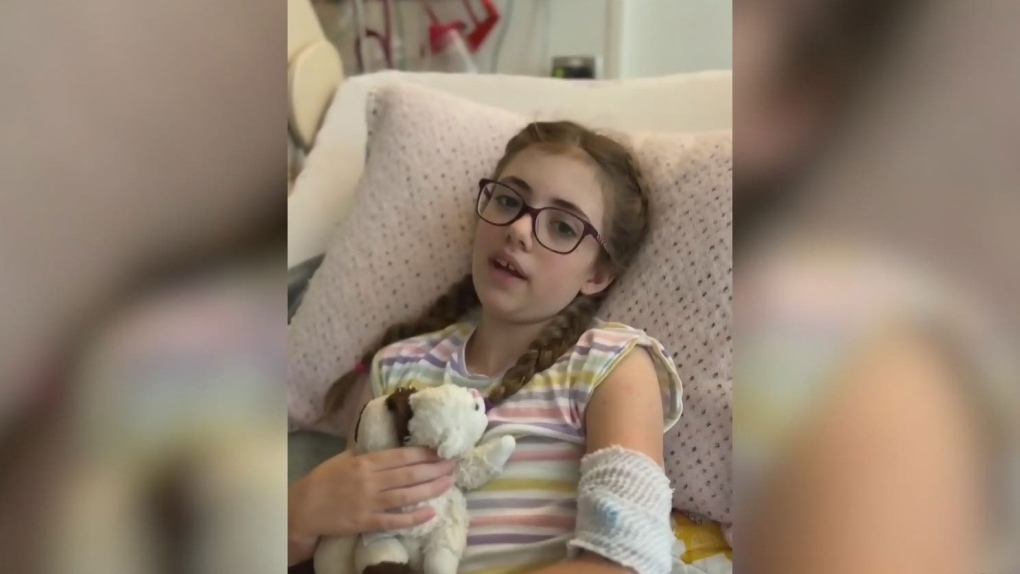 On Aug. 30, Milligan told CTV News that the province was "dragging its feet" on approving a treatment that could change the life of her child.

"Every day that goes by she loses a little," she said at the time.

"She gains scar tissue in her lungs that we can't ever undo. So the longer it takes to get access to these medications the sicker she gets," said Milligan.

One day after CTV News shared the family's story, Cystic Fibrosis Canada said it had received word from the provincial government that it would be approving the use of Trikafta in young chilren in mid-September.

Milligan was thrilled by the announcement, but was still puzzled why the province was going to wait weeks to get the drug into families' hands.

"It doesn't make sense to allow them to get worse before they get better. We know they're going to approve it, so the delay is unacceptable," she said on Aug. 31.

'WORKED TIRELESSLY FOR THIS DAY'

The B.C. government says about 150 people currently use Trikafta PharmaCare coverage. Once the eligibility criteria expands next week, that total could double with approximately 185 more people eligible to receive funding for the drug.

The Milligan family had previously told CTV News that without funding, it would cost about $300,000 a year to purchase the medication.

Trikafta is funded through the B.C. Expensive Drugs for Rare Diseases process, which provides funding for medications for rare conditions on a case-by-case basis.

Cystic fibrosis is a progressive disease that affects about 500 people in B.C., according to the province. The disease primarily affects the lungs but can harm other organs as well.

"Today’s news will change the trajectory of the disease and the future for many children and adults in British Columbia who live with cystic fibrosis," said Kelly Grover, president and CEO of Cystic Fibrosis Canada in a statement Wednesday.

"We celebrate this news alongside our cystic fibrosis community in British Columbia, who has worked tirelessly for this day that has finally come," she said.