'Linen heist' on Quadra Island leaves resort out $1,500 worth of supplies, RCMP say

'Linen heist' on Quadra Island leaves resort out $1,500 worth of supplies, RCMP say 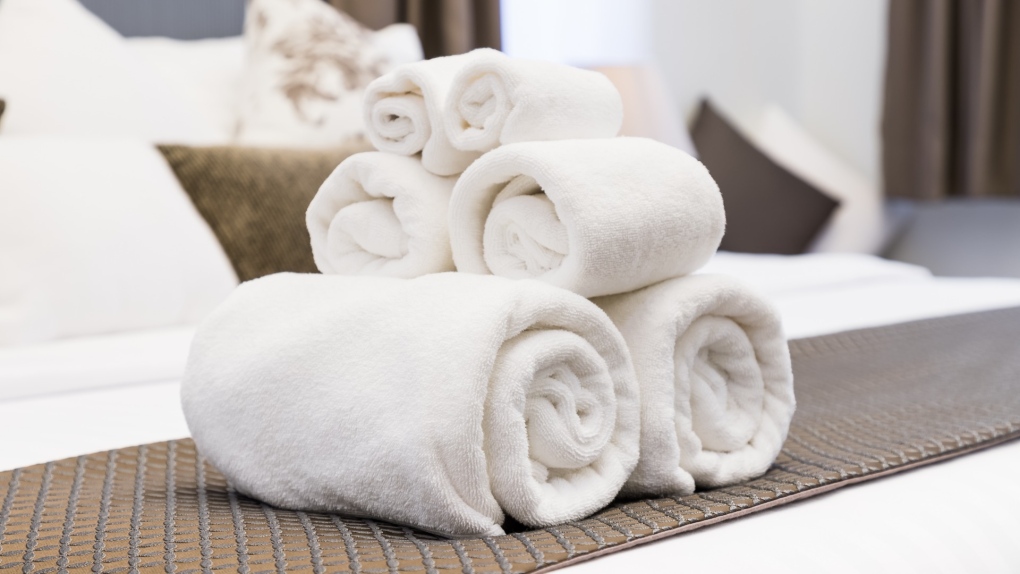 Mounties on Quadra Island are investigating what they call a "linen heist" at a local resort.

The incident happened on June 13, but was first reported to Quadra RCMP on Thursday, according to a news release.

The manager of Taku Resort reported that "an unknown individual broke into the laundry room and stole over $1,500 worth of linens," including rags, towels and bed sheets, police said.

The thief also stole money from a cash register before departing, Mounties said, adding that the resort has since increased its security and added more cameras.

Quadra RCMP ask anyone with knowledge of the crime to contact them at 250-285-3631. Tips can also be provided anonymously via Crime Stoppers.

The suspect at the centre of a Saskatchewan Amber Alert has a history of sexual offences, RCMP confirmed during a press conference Tuesday.

The man who claims to be one of the people seen 'surfing' on the roof of a moving subway train in Toronto is speaking exclusively to CTV News about his stunts and the looming threat of a police arrest.

The FBI's unprecedented search of former president Donald Trump's Florida residence ricocheted around government, politics and a polarized country Tuesday along with questions as to why the Justice Department – notably cautious under Attorney General Merrick Garland – decided to take such a drastic step.

Three years after new rules came into force, the regulator overseeing Canadian airlines has not issued any fines related to passenger compensation claims for flight delays and cancellations.

Afghan man charged in killing of 2 Muslims in Albuquerque

A 51-year-old man from Afghanistan was charged Tuesday with killing two Muslim men in Albuquerque, New Mexico, and authorities said he is suspected in the slayings of two others whose deaths sparked fear in Muslim communities countrywide.

For the first time in eight years, Canadian warships are not involved in either of two NATO naval task forces charged with patrolling European waters and defending against Russian threats.

Experts voice privacy concerns over RCMP's use of 'intrusive' spyware