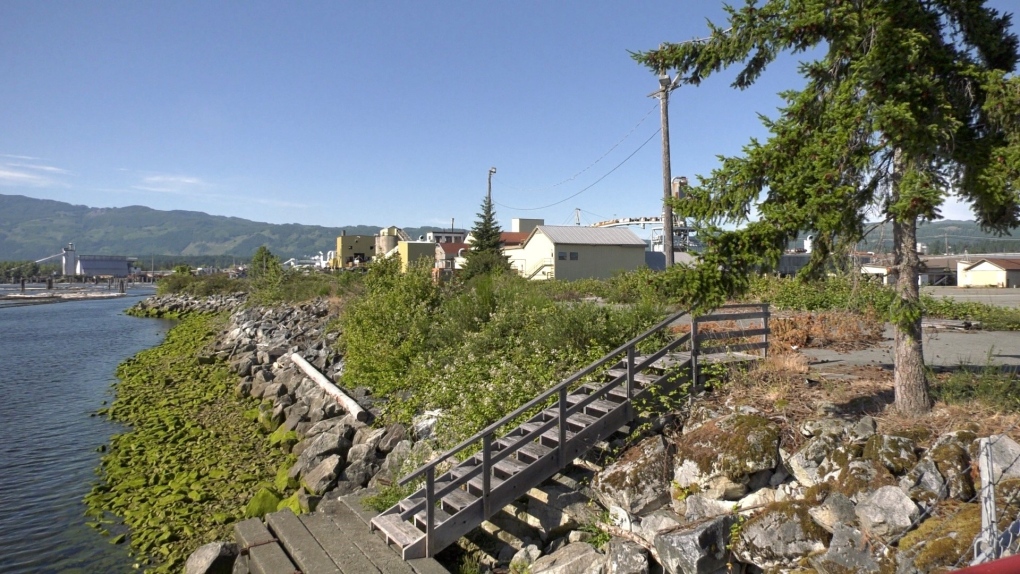 PORT ALBERNI -- In a rare move, the City of Port Alberni has served a formal notice to a forestry company for the expropriation of 43 acres of waterfront property, saying it’s needed for public use and economic development.

The city has its eyes set on the former Somass Mill site along the waterfront. It's property which is inactive and is currently owned by Western Forest Products.

“It’s a big step, probably the most significant property within the City of Port Alberni, 40 acres of waterfront land right in the heart of our community,” said Mayor Sharie Minions on Tuesday.

The mayor says council felt compelled to take the action because there hadn’t been any action on the part of Western Forest Products to either reopen the sawmill or redevelop the site.

The city says it filed the Notice of Expropriation under authority provided to local governments within Section 31 of the Community Charter.

The mayor says the property has sat vacant for close to half a decade and is too vital to the future of the community to remain idle. The city says redeveloping the lands was the highest priority of council.

“We very much would have preferred to work with Western on a negotiated offer on this property and come to an agreement that way,” she said. “It’s not personal, it is very much about the absolute critical need for us to have these properties and have a role in these properties moving forward for our community.”

The move appeared to catch Western Forest Products by surprise. A statement was provided by the company on Tuesday afternoon:

“We have reached out to the City of Port Alberni to understand why they have taken this step. Western has a long track record of working cooperatively with our municipal partners to identify ways we could help achieve their strategic plans,” the statement reads.

The mayor understands the action might not sit well with Western Forest Products.

“This is not a step that we took lightly and it was very much a last resort option,” said Minions. “We expect there to be some frustration (from Western Forest Products) and unfortunately there’s frustration on our end as well.”

Despite that, the mayor hopes the city and the forest giant can make a deal.

“We are still optimistic that we can come to a negotiated agreement, this is not our first choice in a way to move forward but we feel so strongly about the absolute necessity to be involved in the conversations about the future of these lands that we had to take this step,” she said.

Western Forest Products also says it would like to work out a deal.

“We remain an open and committed partner to the City of Port Alberni and look forward to continuing to work together to identify a path forward,” the company says.

The city says if it gets to the point of completing the expropriation, it will go through the process of "due diligence" over the next few months. The next step will be to go through a master planning session.

“We are expropriating for the purposes of public use and economic development, so we expect to redevelop on the site,” said Minions.