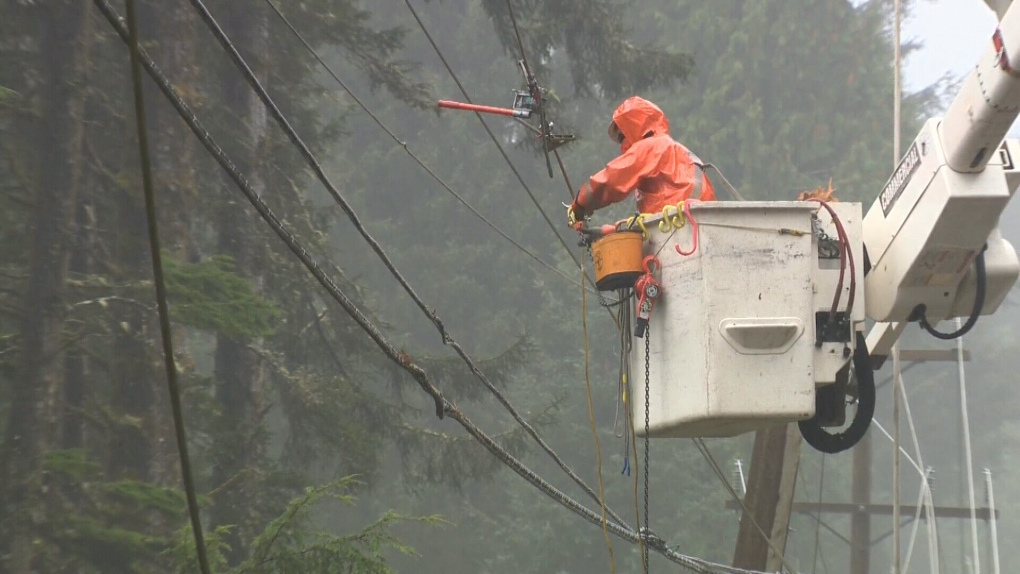 Most outages had been addressed by 9 p.m., with the exception of a large outage on Hornby Island, where  BC Hydro said 1,282 customers would be without power overnight because of ferry cancellations that prevented crews from accessing the island.

The bulk of the afternoon outages were in the Parksville and Courtenay areas, according to a BC Hydro update around 2:30 p.m.

The energy provider said that roughly 2,181 customers lost power in Errington and Coombs, just south of Parksville, around at 2:29 p.m.

Meanwhile, hundreds of people lost power in the Courtenay area on Friday afternoon, as well as on nearby Hornby Island.

According to the BC Hydro website, the Hornby outage was caused by a tree falling down across hydro wires. A repair crew has been assigned to the outage, and BC Hydro said they were expected to arrive on the island Saturday morning around 9 a.m.

Crews will be working to restore an outage affecting 1,282 customers on Hornby Island. Updates will be posted here: https://t.co/NtDBroviG9 pic.twitter.com/WLmcac9jhn

Meanwhile, nearly 1,000 BC Hydro customers between Courtenay and Merville were without power Friday afternoon.

Near the southern tip of the island, pockets of outages are being reported by BC Hydro.

Some of the largest outages in the region included an outage in Sidney, where a downed wire knocked out power to 125 customers, and on nearby Pender Island, where approximately 298 people lost power.

In total, 4,991 were without power on Vancouver Island and nearby Gulf Islands as of roughly 3 p.m. Friday. That number had declined to 1,500 by 9 p.m.