This time of year, doorbell cameras are traditionally capturing video of postal workers and possibly a family member slipping on ice, but on a small island off Nanaimo, B.C., the lens is focusing in on a very large feline.

The small island with around 350 homes is located just east of Nanaimo on Vancouver Island. It’s considered part of the City of Nanaimo, using the region's power, garbage and sewer services.

In the first doorbell video, the cougar lurks sleekly on the far left side of the frame just metres from the front door of a Protection Island home. 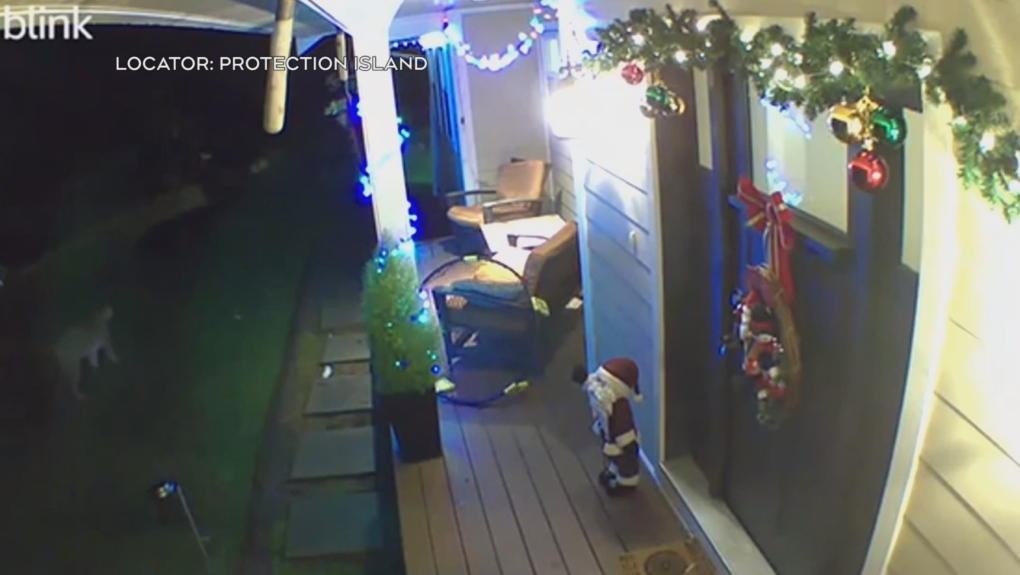 In the second video, a large cougar's eyes glow almost florescent before the entire form of the lanky cat comes into frame.

The cougar, which appears to be fully grown, easily leaps over the top of a small fence gate before jumping towards a home and out of sight. 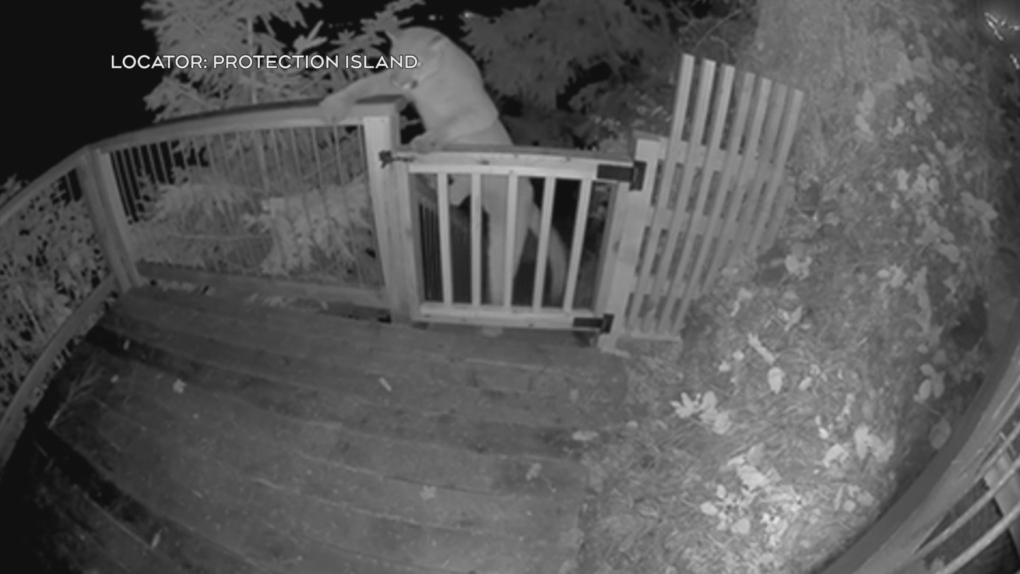 The cougar is pictured on Protection Island, B.C., on Dec. 27, 2022. (Submitted)On a local Facebook page, residents say the cougar has been spotted in several different areas of the small island for the past week.

In posts, residents say there is a large food source of deer and even otters for a predator like a cougar to dine on.

The B.C. Conservation Officers Service says it has received multiple reports of cougar sightings on Protection Island in the past week.

The Ministry of Environment and Climate Change tells CTV News it's closely monitoring the situation on the small Gulf Island.

While cats may have the reputation of hating water, conservation officers say cougars are known to swim in the open ocean between Vancouver Island and southern Gulf Islands in search of food.

The service is encouraging anyone on Protection Island who sees this large cougar to call its RAPP line at 1-877-952-RAPP.