An exciting visit from an orca delighted onlookers near Victoria's Inner Harbour on Monday.

For Steve Sinclair, it was an experience he’ll never forget and it could be a sign that the harbour is healthier than it has been in a century.

"There he is there," said Sinclair, who is the director of operations at the Victoria International Marina.

"I’m pretty sure that was a seal right in front of him," he said while watching security footage of the transient orca feeding on a harbour seal.

"He had an appetizer on the way into the harbour."

He was in his office on Monday afternoon when he heard there was an orca in the Inner Harbour, so he headed down to the dock.

"Then all of a sudden, boom, a killer whale came around the corner of our dock," said Sinclair.

That orca was on the hunt for a second course. Sinclair pulled out his phone to capture the moment.

"It was pretty exciting," said the island resident.

Over the past few years, it's become more frequent to see orcas making their way into Victoria’s Inner Harbour. Locals say that's a good sign.

"This was a boom yard for a number of wood-based operations, including a barrel company," said Craig Norris, CEO of the Victoria International Marina. 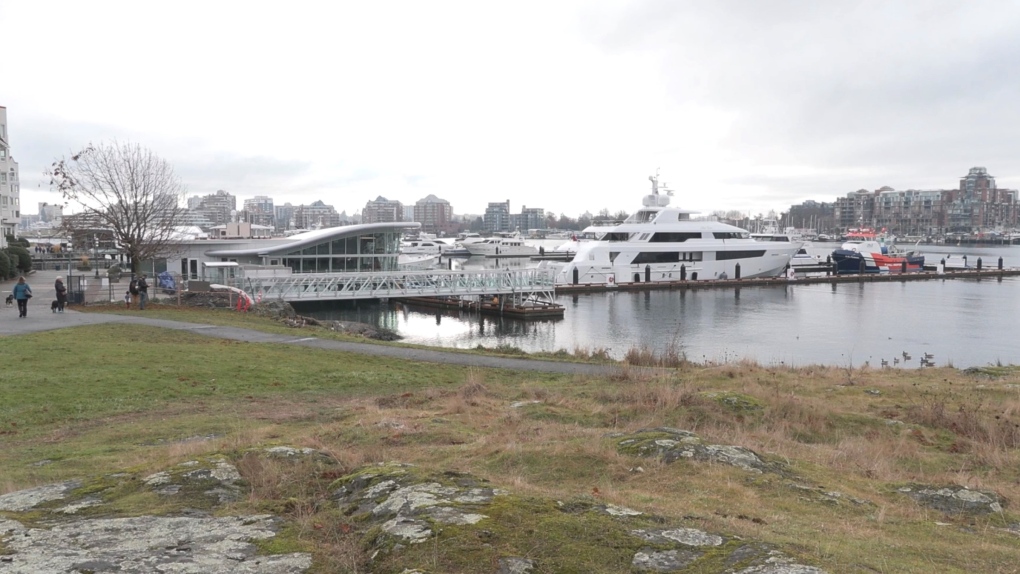 Victoria International Marina is shown. Dec. 7, 2022 (CTV News)The seabed where the marina is now located was covered in around two to three metres of bark mulch, preventing any life from thriving in the area.

"We did have to remove all of that to get back to native marine clays," said Norris. 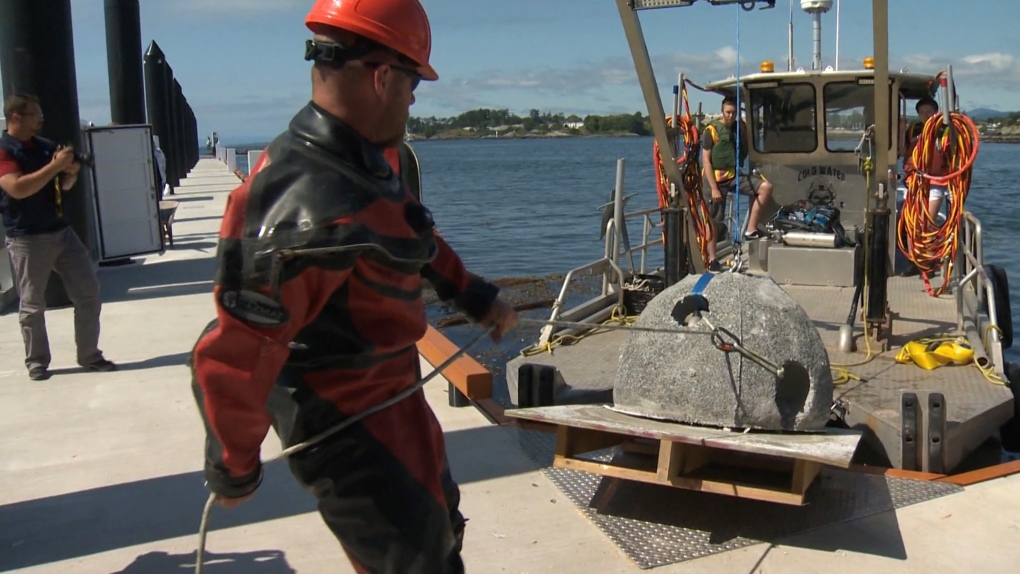 An artificial reef ball is shown being placed on the seabed of the Victoria International Marina. May 17, 2018. It appears, that work has paid off.

"We saw things come back so quickly in the marina in general," said Norris.

It began with crabs, then fish arrived along with more birds. Seals began showing up in droves to feed on the fish, and now those on the top of the food chain are coming in to feed on those seals.

"We had the blessing of T49A1," said Brett Soberg, co-owner of Eagle Wing Whale Watching Tours. "A large adult male in his prime, at 21 years young."

When Soberg saw the videos of the orca in the harbour, he recognized him right away.

He says sightings like this shows efforts to clean up the harbour are working.

"So what’s nice to see, when you see the big predators coming in, is it speaks to a level of comfort but also a return to perhaps a slightly healthier ecosystem," said Soberg.

"We just brought the pole in at the beginning of this week and the first time I have ever seen such a thing, an orca shows up at our docks," said Norris.

"Just a day after. So I thought that was just astounding and really neat," he said.

It's a coincidence that many onlookers won't forget soon. 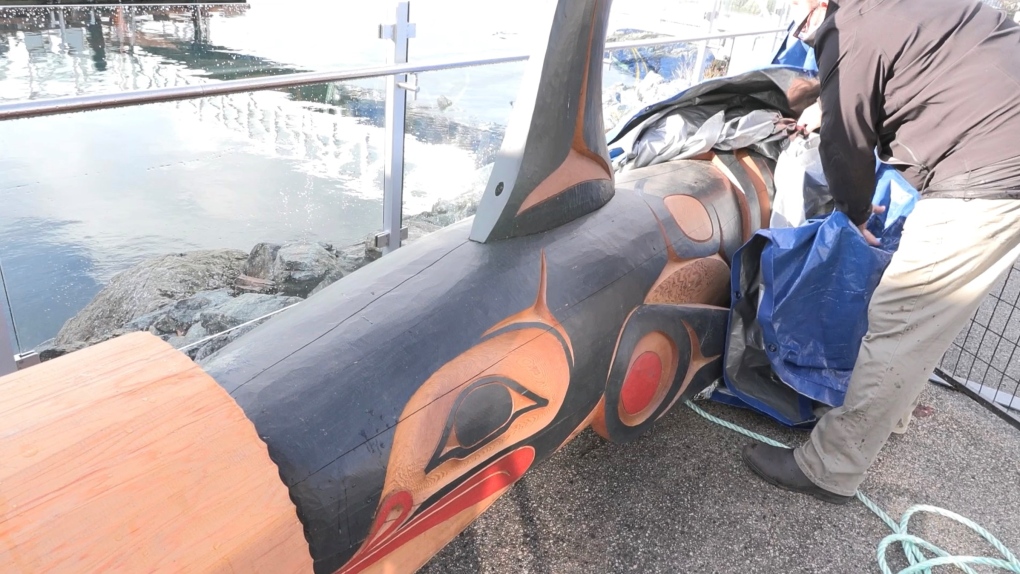 The First Nation welcome pole that will be erected on the site of the Victoria International Marina on Dec. 14, 2022, is shown. (CTV News)

The Canadian economy grew by 0.1 per cent in November as higher interest rates began to slow spending toward the end of the year.

A Russian company said it will offer five million roubles (US$72,000) in cash to the first soldiers who destroy or capture western-made tanks in Ukraine, after the Kremlin vowed Russian forces would wipe out any Western tanks shipped to Ukraine.