'It was a special day': Transient orcas set sightings record as population thrives on B.C. coast 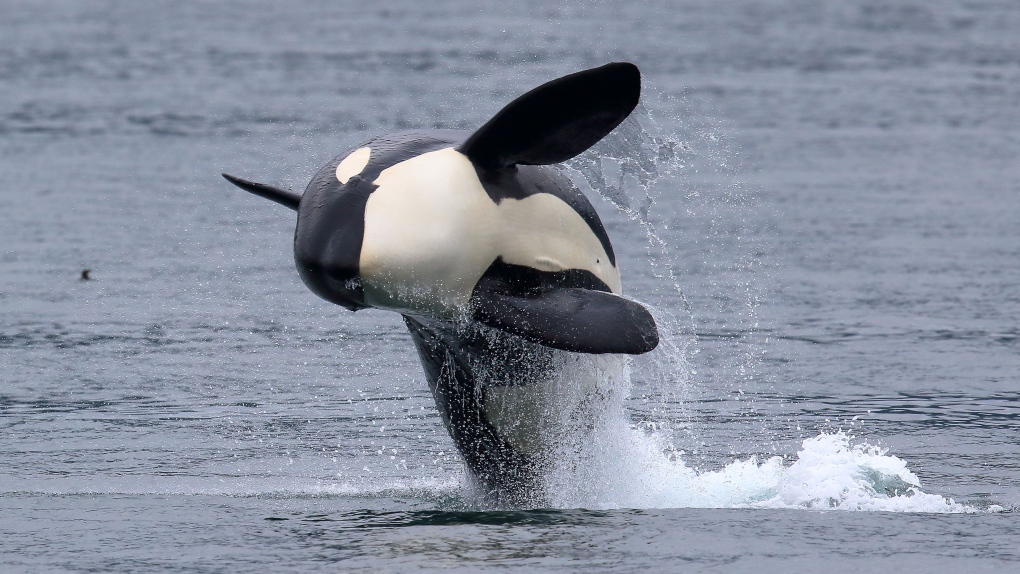 Nearly 30 transient orcas were spotted in the Salish Sea around British Columbia and Washington state over the Labour Day weekend, a positive sign for the species, according to local whale watchers and researchers.

The Washington-based Orca Behavior Institute says the transients – or Bigg’s killer whales – set a new record for the most annual sightings in the region over the weekend, with 793 unique sightings reported this year.

The previous record of 747 unique sightings was set in 2019, according to the institute.

Institute director Monika Wieland Shields said in a statement Wednesday that 70 Bigg’s killer whales were documented in the region in August.

Captain Paul Pudwell of Sooke Coastal Explorations came upon seven families of Bigg’s orcas on Saturday, according to a statement from the Pacific Whale Watch Association.

“I’ve never seen so many Bigg’s at once,” said Pudwell. “It was a special day.”

An abundance of food has led to the births of more than 130 calves over the last decade, a population growth rate of more than four per cent per year, according to the group.

“The contrast in health between these two orca populations is striking,” said Erin Gless, executive director of the Pacific Whale Watch Association. “Bigg’s prove that killer whales can thrive in this region, so long as there is food. If we can restore local salmon populations, we have hope that southern residents can recover. The priority has to be getting them more food.”

A Ukrainian court sentenced a 21-year-old Russian soldier to life in prison Monday for killing a civilian, sealing the first conviction for war crimes since Moscow's invasion three months ago.

Ukrainian President Volodymyr Zelenskyy called for 'maximum' sanctions against Russia during a virtual speech Monday to corporate executives, government officials and other elites on the first day of the World Economic Economic gathering in Davos.

Ahead of his one-year anniversary on the Supreme Court of Canada this July, Mahmud Jamal spoke with CTV National News National Affairs Correspondent Omar Sachedina to reflect on his past year on the bench.