'It's shameful': First Nation shocked by B.C.'s decision not to amend case based on new policy

'It's shameful': First Nation shocked by B.C.'s decision not to amend case based on new policy 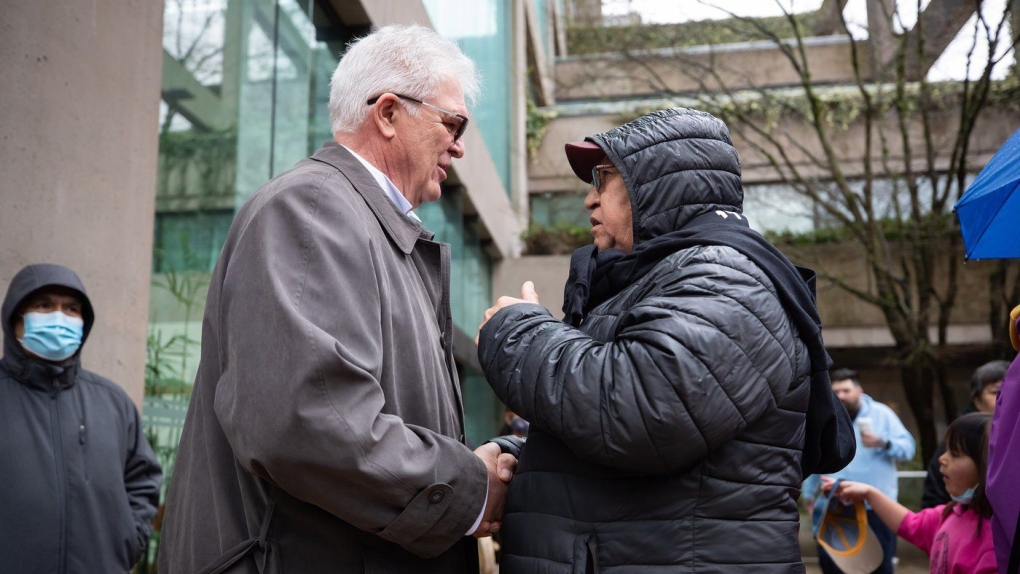 The lawyer for a B.C. First Nation challenging the province in a land rights trial says the government's decision not to adjust the case based on its own new litigation directives “undermines the process of reconciliation.”

The province announced the development of “a new approach to litigation” on Thursday as part of its process to implement its legislation adopting the United Nations Declaration on the Rights of Indigenous Peoples. It included 20 directives for the Crown to prioritize resolution and negotiated settlement, while reducing the potential for legal action over Indigenous rights and title.

The Nuchatlaht First Nation is in a B.C. Supreme Court fight for recognition of jurisdiction over 230 square kilometres of Nootka Island off the west coast of Vancouver Island.

Jack Woodward, who represents the nation, said he pointed out the policy to the judge just before closing his legal arguments in the case.

“I told the court that I expected British Columbia to change the way it conducted this litigation, and in particular, to amend the pleadings to remove some of the more offensive portions.”

The Nuchatlaht's lawsuit claims the B.C. and federal governments have denied their rights by approving logging and “effectively dispossessing” them of the land.

In a court transcript supplied by the Nuchatlaht's legal team, Crown attorney Jeff Echols said Thursday the province knew about the directives before their release and does not intend to adjust its arguments for trial.

“We are planning on continuing with the evidence that we have,” Echols said.

“The directives are something that are to be considered on an ongoing basis and they will be in all aspects of what we do. They are taken very seriously by counsel, but they are policy directives for counsel, and they are not something for submission to the court or something for the court to give directions based on.”

Woodward said he and the Nuchatlaht Nation were surprised by the response.

“My clients are shocked at this hypocrisy,” he said. “It's such a betrayal.”

Attorney General David Eby said in a statement that he will not be commenting on the matter as it is before the courts.

“These directives are an important step toward implementing the Declaration Act, and reassuring all British Columbians, both Indigenous and non-Indigenous, that the provincial government won't leave its commitment to reconciliation behind simply because we're in court,” he said in the statement.

The B.C. government has denied that the Nuchatlaht hold Aboriginal title over the area and said in earlier arguments at the trial that it has met its obligations under agreements with the nation related to forest resources.

The province said in its release Thursday about litigation directives for ongoing legal action that began before it passed the Declaration Act that provincial counsel must review their pleadings, legal positions and litigation strategy to ensure they are consistent with the act.

Woodward said he has been advocating for a directive like this for about three years, ever since the Declaration of the Rights of Indigenous Peoples Act was passed. The province's action plan for the legislation was released last month and outlined 89 specific actions, including plans for the litigation directive.

“We found out (Thursday)that it's meaningless and it's empty. It's vacuous,” he said. “It's mere rhetoric, and it's shameful for a government to raise expectations like this and then not follow through with anything on the ground.”

Woodward said the government's decision not to amend their arguments in the current case does not shake his confidence.

This report by The Canadian Press was first published April 22, 2022.

This story was produced with the financial assistance of the Meta and Canadian Press News Fellowship.