'It’s been a challenging year': Relief from neighbours as former Travelodge returns to ownership group soon 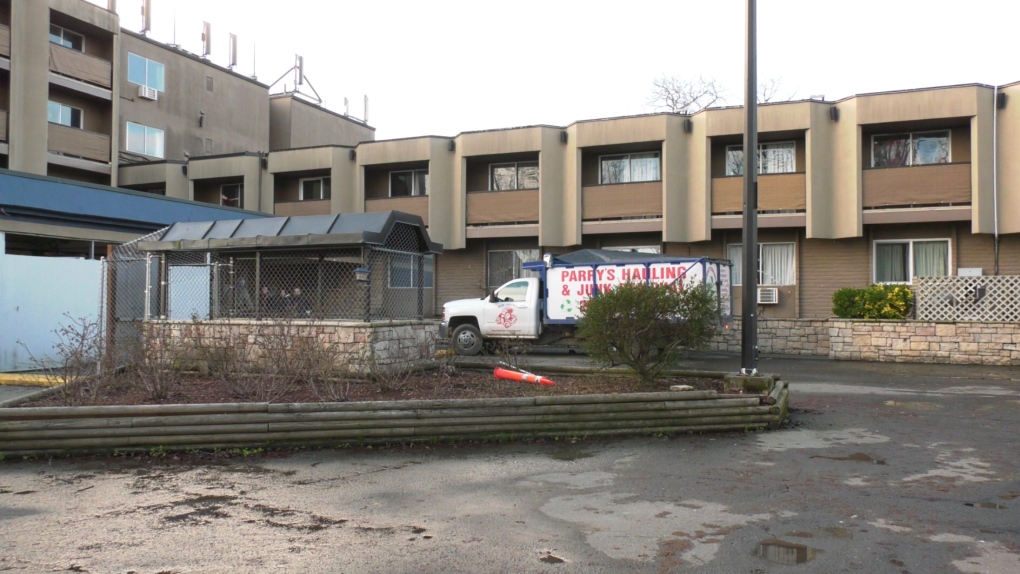 Only nine tenants remain at the former Travelodge on Gorge Road in Victoria, and all will be moved out by the end of December. (CTV)

BC Housing is keeping the promise it made to the Burnside Gorge Community Association. As of Dec. 31, everyone housed in the former Travelodge hotel on Gorge Road will have been relocated into new housing.

In April 2020, BC Housing began leasing the Travelodge to house people who had been living in tents in parks around Victoria.

For Burnside Gorge residents like Sue McMurter, it’s been a long year and half.

“It just had an incredibly disruptive impact on the neighbourhood,” said McMurter.

Lesley Valour decided to pick up and move away from the neighbourhood she loves altogether due to safety concerns.

“I’ve moved to another part of the city,” she said. “I’m still a City of Victoria resident, but I moved because it just became too dangerous and unsafe.”

The neighbourhood saw a sharp increase in crime and drug use, with dirty needles found around the area. There were fires at the former hotel and a general uneasy feeling for neighbourhood residents.

“It’s been a challenging year, particularly for those who live close to the Travelodge,” said Elizabeth Cull, chair of the Burnside Gorge Community Association.

At one point, there were 130 people living at the former hotel. As of Wednesday, there were only nine, and by the end of the month it will be empty.

“We have found permanent, long-term housing for the vast majority of those folks,” said Don McTavish, director of housing and shelters at Victoria Cool Aid Society.

The society has been running the operation since shortly after BC Housing took the property over. He admits it hasn’t been a smooth ride at times, and it has come with its share of neighbourhood disruptions.

He says despite the issues, BC Housing leased the former hotel to give those living on the streets stability. That was accomplished and has led to many successes.

“For the vast majority – I’m guessing 80 per cent or 75 per cent – we have found longer-term supportive housing, which is, I think, a huge success,” said McTavish.

He says some people found housing on their own. Others reconnected with family and moved east, while others have entered addiction treatment programs and are getting their lives back on track.

The Burnside Gorge Community Association says it’s glad that BC Housing is keeping up with its end of the deal and not renewing the lease on the property. The chair of the organization says its community is still carrying the lion’s share of the city’s supportive housing.

“That’s housing for people who need other supports besides just a roof over their head, and that often comes with all kinds of other issues,” said Cull. “Problems spill over into the neighbourhood.”

She would like to see supportive housing more evenly distributed across the city.

“People aren’t really that hard to house as they are hard on housing,” said McTavish.

Come Jan. 1, Cool Aid will turn the building back over to BC Housing and the building’s ownership group. It will then be remediated.

What its future will be is currently unknown. Calls and emails to the ownership group went unanswered.