'It's about time': Businesses begin feeling effects of cruise industry restart in Victoria

For Charles Horn, who owns The Pedaler Cycling Tours in downtown Victoria, the last two years have come with a lot of sleepless nights.

"The pandemic sucked," said Horn. "All the touring disappeared."

No tourists meant his bike tour and rental company struggled to survive.

"We’re going biking," said Cleo Martin who is here on vacation. "We’re going to do a bike tour of the coast of Victoria."

Now with tourists back, business is once again rolling in, and Horn finds it a little easier to sleep at night. 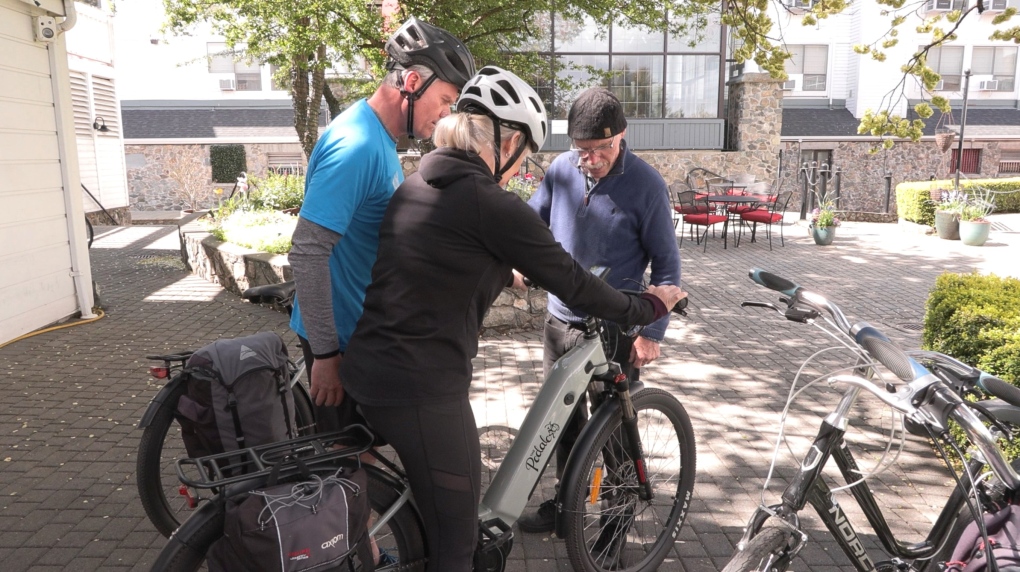 "Bookings are coming in," said the tour operator. "People are walking in the door."

With cruise ships once again sailing into our waters, business is ramping up at Ogden Point.

Already this season, 26 ships have arrived.

"The ships so far have been sailing at anywhere between 40 to 80 per cent capacity," said Ian Robertson, CEO of the Greater Victoria Harbour Authority.

Still, they have brought thousands of people into the capital region.

The cruise lines expect to fill those ships as the season progresses.

"We are on our way to find a great brunch restaurant," said Kristin Curtz, who is here on Victoria.

At Moose Crossing Gifts on Government Street, business is up, but it’s too soon to say by how much.

"Everybody is getting back to normal and it’s about time," said David Duprat, operations manager at Moose Crossing.

"We’re still compiling the numbers up so we’re not too sure exactly how much, but we really feel a big difference in the sales and the business of the stores," he said.

It’s not all good news though. On the 900-block of Government Street, Victoria Ice Cream & Fudge Factory sits empty of tourists.

She points to the closure of Government Street and the new cruise-shuttle stop being moved north, 140 metres away from her shop.

"We are about 50 per cent less than the other location," said Skrlac. "We’re down about 60 per cent from any other year."

Hope still does exist that local business will pick up after the May long weekend, however.

"We always see after the May long weekend, people realize the weather is great, Victoria is beautiful, there’s things to see, there’s places to go and we start to see a lot more people coming here," said Skrlac.

In total, 350 ships are scheduled to dock in Victoria this season.

At least six people died and 24 were wounded in a shooting at a July Fourth parade in the Chicago suburb of Highland Park, and officers are searching for a suspect who likely fired on the festivities from a rooftop, police said Monday.

The federal government says it has signed a $20-billion final settlement agreement to compensate First Nations children and families harmed by chronic underfunding of child welfare.

'He was a hero': Family says Ottawa man killed in fatal collision sacrificed himself

The family of an Ottawa man killed in a Canada Day crash in the west end says Tom Bergeron died exactly as he lived: selflessly thinking of others before himself.