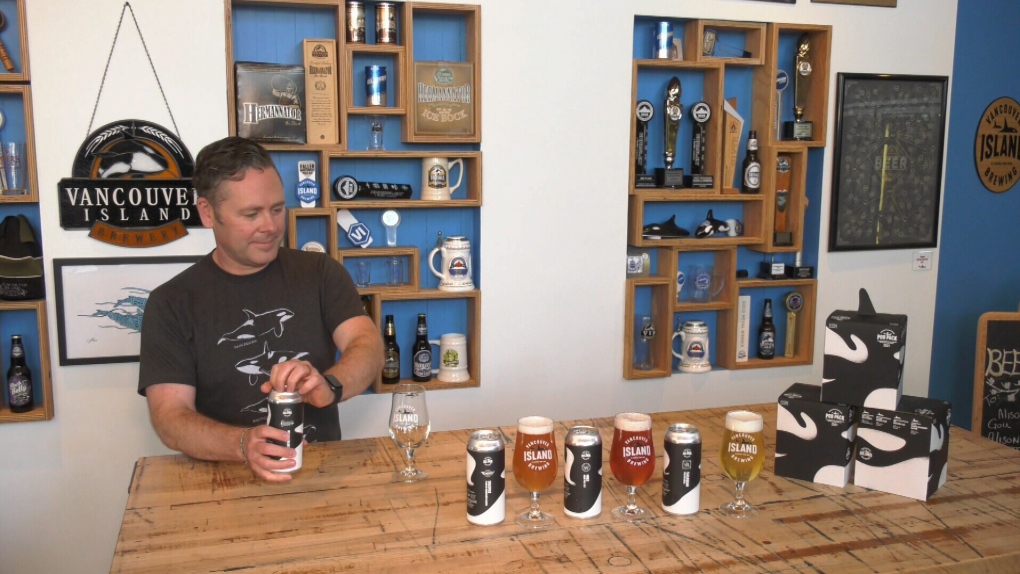 One dollar from each pod pack sold goes directly to the Pacific Salmon Foundation: (CTV News)

Four beers from four different breweries are now available in "Pod Packs," with some proceeds going towards the Pacific Salmon Foundation. The cans highlight Victoria’s southern resident killer whale population with black and white themed boxes that are complete with a dorsal fin.

“The orcas have been a part of our brand for decades and we’re doing our part to help support the ecosystem that surrounds our island,” said Vancouver Island Brewing general manager David Nicholls.

“We give out grants to community stream-keeping groups,” said Cory Matheson, senior manager of business development for the Pacific Salmon Foundation.

“There’s hundreds of stream-keeping groups all across British Columbia and they cleanup rivers and streams, they operate small scale hatchery facilities and they do habitat restoration that makes life better for salmon,” he said.

The pod pack fundraiser started in 2019 alongside a pod festival, and generated $15,000. Last year, the fundraiser was put on hold because of the pandemic, but now it’s back, along with T-shirts, posters, and QR codes on the boxes to help boost fundraising.

Vancouver Island brewing is leading the initiative with four smaller breweries under its wing.

“We pick breweries that are on the smaller and newer side. We want to bring attention to everyone in B.C. – really to raise that attention to help them grow their business as well,” said Nicholls.

The pod packs are available at participating liquor stores. You can also order online from Vancouver Island Brewing or find them on tap at some of your favorite restaurants.