The Transportation Safety Board of Canada has completed its investigation into a floatplane crash that seriously injured one passenger in Tofino, B.C., last year.

The crash occurred on July 26, 2021, when an Atleo River Air Services Ltd. seaplane was taking off from Tofino to its destination of Hot Springs Cove, B.C.

One pilot and four passengers were on board when the aircraft lost control and "cartwheeled," landing upside down in shallow water beside a sandbar. 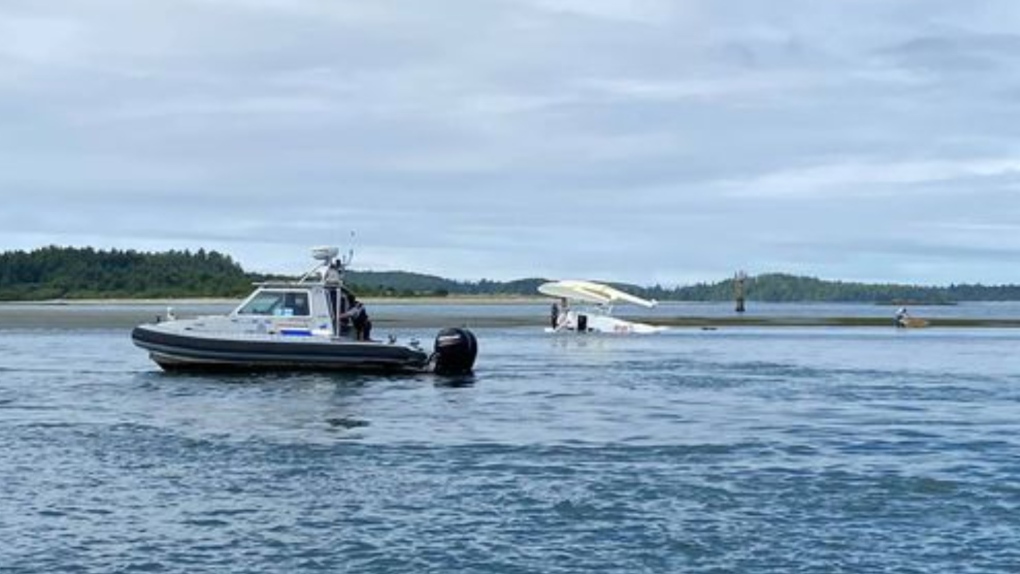 At the time, CTV News was told that everyone on board escaped the crash with only minor injuries and that they were able to walk out of the plane on their own.

However, the TSB's report released Thursday says one passenger received serious injuries in the crash.

The TSB says a wake generated by a passing boat contributed to the crash.

When the plane was accelerating for takeoff, it encountered the wake, which slowed its acceleration.

In an effort to increase acceleration, the pilot turned to the right away from the wake to gain additional runway before takeoff.

As the plane was turning right, however, the aircraft lifted from the water – either because of control input or because the plane encountered a second wake which sent it airborne, according to the TSB.

"As the aircraft became airborne at a low airspeed and in a right turn, the left wing stalled aerodynamically at too low an altitude for control to be regained before the wing contacted the water," reads the report.

The Transportation Safety Board also identified other practices that may have increased flight risks.

The TSB says pilots should be careful when estimating passenger weights, since underestimating the weight – including clothing and carryon luggage – can affect flight safety.

The TSB says all pilots should be aware of what modifications are made to a plane, since "there is a risk that the aircraft will have unexpected flight characteristics, increasing the possibility for loss of control."

Moving forward, Atleo River Air Service Ltd has increased the time in between flights by another 15 minutes to help give pilots more time to finish their pre-flight duties, according to the TSB.

No other safety actions were listed in the TSB report.

The Transportation Safety Board is an independent organization that investigates air, marine, rail and pipeline incidents in Canada.

The TSB is only responsible for reviewing and improving transportation safety and is not tasked with assigning fault or determining liability.

Prince Harry said the royal household regularly leak stories about each other, calling it 'a dirty game' in a new trailer released on Monday for the much-anticipated Netflix documentary series about him and his wife Meghan.

An Alberta mother is recounting her experience arriving at a packed children's hospital when her young daughter was in dire need of help.

Tens of thousands without electricity in N. Carolina after shooting attack on power grid

Tens of thousands of people braced for days without electricity in a North Carolina county where authorities say two power substations were shot up by one or more people with apparent criminal intent.