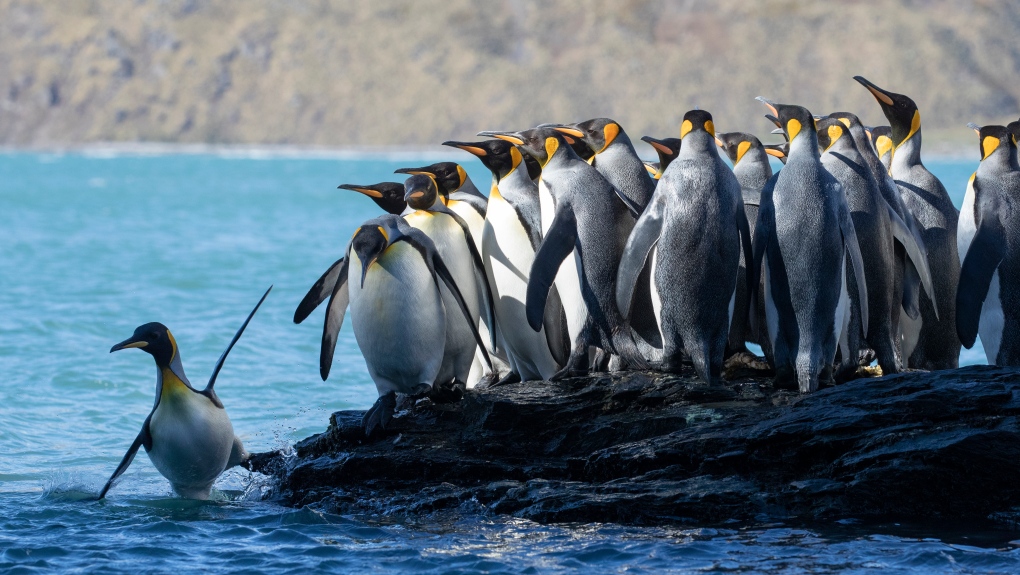 Described as “never-before-seen footage,” the film swims alongside seals, experiences the continent’s vast penguin colonies and witnesses the largest congregation of fin and humpback whales ever filmed.
Victoria -

The first new IMAX film since the pandemic began hits the big screen in Victoria this weekend.

The award winning film “Antarctica” will make its Canadian debut this Saturday, Oct. 16, at the Royal B.C. Museum’s IMAX Theatre.

Narrated by actor Benedict Cumberbatch, the 45-minute film takes viewers on a deep dive beneath six feet of sea ice to the ocean floor to reveal an alien world of sea creatures fighting to survive the cold, harsh conditions.

Described as “never-before-seen footage,” the film swims alongside seals, experiences the continent’s vast penguin colonies and witnesses the largest congregation of fin and humpback whales ever filmed.

“’Antarctica’ is a cinematic wonder, and I think it’s one of those areas of the world that people are so curious about and very few get to experience firsthand,” says Tracey Drake, head of marketing, communications and business development at the Royal B.C. Museum.

“It’s an awesome opportunity to come and really see another part of the world on the big screen.”

Antarctica is the driest and windiest place on Earth, and has the roughest oceans. The continent and surrounding Southern Ocean play a vital role for the entire planet, absorbing huge amounts of carbon, regulating ocean currents and influencing sea levels.

Despite the harsh conditions, many amazing creatures thrive in abundance in Antarctica, something the film reveals through its stunning cinematography and narration.

“Antarctica” is from the same filmmakers responsible for Planet Earth II, produced by SK Films and BBC Earth.

December will see the return of the animated holiday favorite “Polar Express,” voiced by Tom Hanks.

Another captivating film on the horizon explores one of the most extensive urban complex cities of the pre-industrial world. “Angkor: The Lost Empire of Cambodia” will unveil the mysteries behind the lost jewel of Cambodia.