A cooler-than-average spring has delayed the snowmelt on the mountaintops behind Russell Farm Market in North Cowichan, B.C. That is a potential threat to the business.

The owner of the market has experienced more than $500,000 in damages caused by two separate floods over the past two years.

Reports from the B.C. River Forecast Centre show that the provincial average snowpack sits at 113 per cent of normal. Vancouver Island sits at 108 per cent.

“It was surprisingly wet and cold here on the island,” says Jonathan Boyd, a hydrologist with the B.C. River Forecast Centre.

Rain at sea level often means snow on the mountains when the conditions are right.

“If we had some type of heat dome, like a heatwave in late May or early June where we get temperatures 12, 13, 14 degrees above normal for four or five days, that’s probably the greatest risk,” says Boyd.

The risk is major flooding in areas like North Cowichan.

“If another flood was to happen again, the positive thing is we’re more prepared,” says Bournazel.

After two remediations, the walls around the interior of the market are now covered with easy-to-clean metal sheeting. Electrical plugs have been moved a metre up the walls and coolers have been outfitted with flood breakers.

It's still not a scenario the business owner wants to experience again. She says another major flood could mean the end of her business. 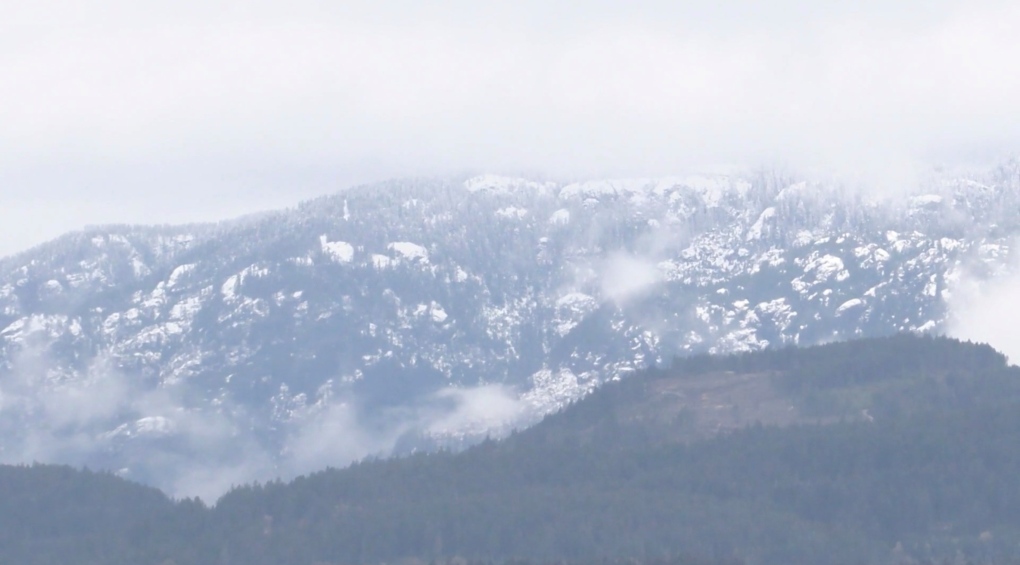 Snow remains in the hills around the Cowichan Valley on Vancouver Island. (CTV News)

Diver says that with our climate changing, the potential for more flooding is imminent and people need to be prepared.

She went on to say to have a emergency preparedness kit ready and to sign up for a warning alert system.

“It’s the best way to know that there is something coming and that they have to take action,” she says.

British Prime Minister Boris Johnson resigned Thursday, acknowledging that it was 'clearly the will' of his party that he should go. He stepped down immediately as leader of his Conservative Party but plans to remain as prime minister while the leadership contest is held.

Canada will keep ArriveCan for its data on COVID-19-positive travellers: sources