'I feel like the luckiest person': Victoria woman unharmed after car drives through living room

'I feel like the luckiest person': Victoria woman unharmed after car drives through living room

A Victoria, B.C. woman says she's grateful to be alive after a vehicle plowed through her living room wall, where she was sitting just moments before.

The crash occurred on Saturday night at an apartment building near the intersection of Lee Avenue and Fort Street, and miraculously no one was injured in the incident.

"I hear sometimes people get a little racy on Fort Street and rev their engines," said resident Lita Moth.

"But this time the engine revving didn't stop until it culminated in a crash, with the car coming through my living room window," she said.

Moth says she was "just enjoying watching Jeopardy" shortly before the crash occurred.

"It was a commercial break," she said. "I was texting my mother, I put my phone down, stood up and go out of my (living) room and that's when the crash happened." 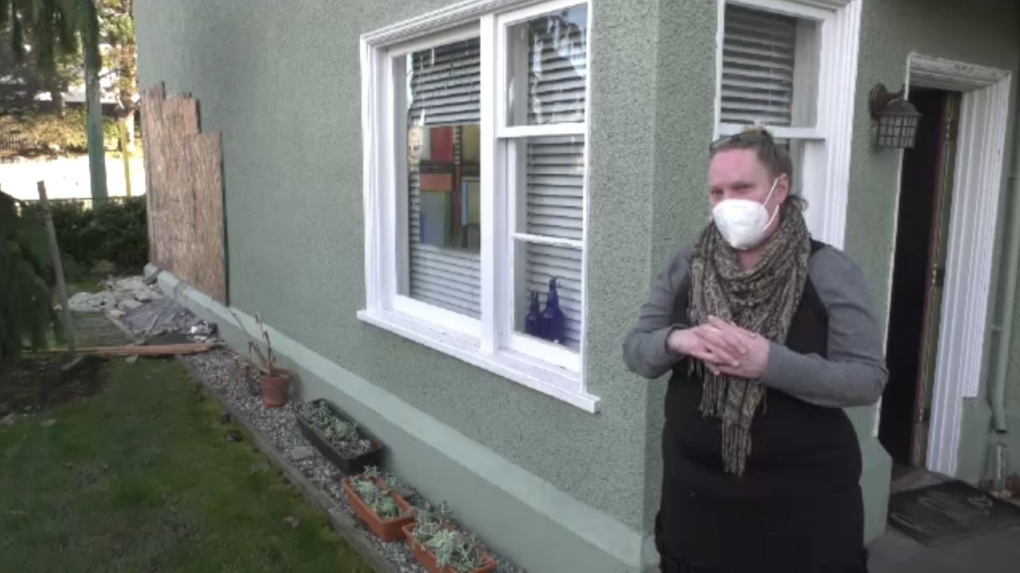 Victoria woman Lita Moth says she's grateful no one was injured after a car came crashing through her living room. Feb. 7, 2022 (CTV News)

Moth says her initial thoughts were shock, disbelief, and concern for the driver, who she describes as a young man.

She says the driver was able to exit the vehicle on his own, and that gave her confidence that he was uninjured.

Victoria police have confirmed that there were no injuries, and have so far ruled out impairment as a cause of the crash.

"Officers were quite concerned with what they saw (when they arrived)," said VicPD spokesperson Bowen Osoko.

"Despite the vehicle being literally inside someone's apartment, there had been no injuries," he said. 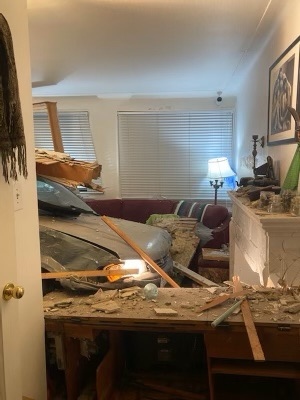 Police say the driver of the vehicle remained at the scene and was cooperative with investigators. The investigation is ongoing and it's too early to determine a cause of the crash, according to Osoko.

"Certainly it could've been a much different story," he said. "We're very glad that no one was injured."

Moth says she's grateful for all the support she's received from neighbours, family members, friends, and first responders who were at the scene.

"I feel like the luckiest person on the planet the last couple of days," she said. "I'm grateful to be alive."