VICTORIA -- Hundreds of motorcycles revved up on Vancouver Island over the weekend to raise awareness for the 215 children who were buried at a former Kamloops residential school site, and to show support for survivors.

On Sunday, residential school survivors, alongside their families and supporters, gathered in Duncan for the rally.

"It's not just a story. It's real," said Charlie. "Children were starved, physically abused, and many of them sexually assaulted."

"So the 215 children is not only the biggest wake up call for Canada, but for our people too, and it gives us the opportunity to talk about our own experience," he said. 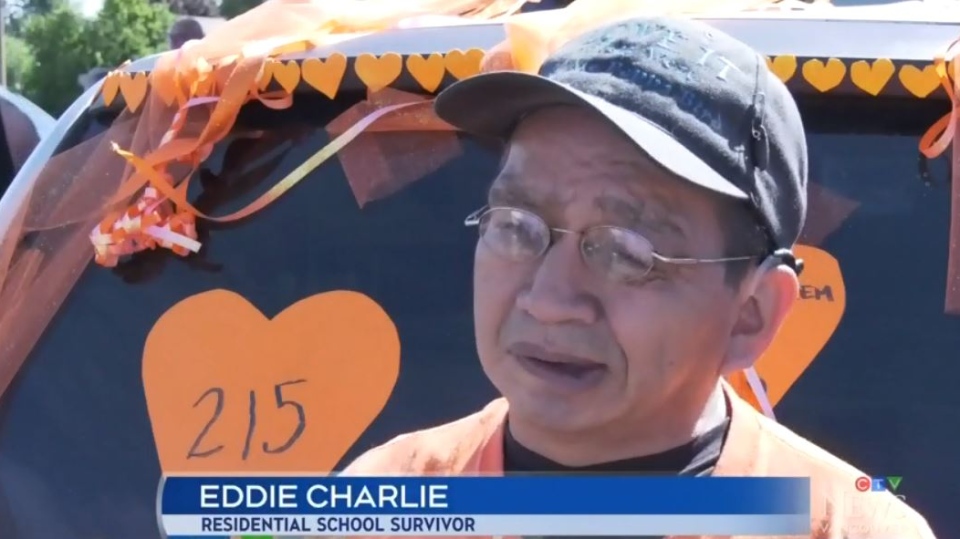 Sunday's motorcycle procession was led by survivors, with family and friends following closely behind.

The sight was an emotional one for Charlie.

"Very moving," he said. "As somebody who was taken away from home as a very tiny child, having an opportunity to see people honour the residential school experience – it's very moving and I can't raise my hands high enough to all the people who came."

Riders cruised from Duncan to Sidney and back again before an afternoon healing ceremony and moment of silence took place.