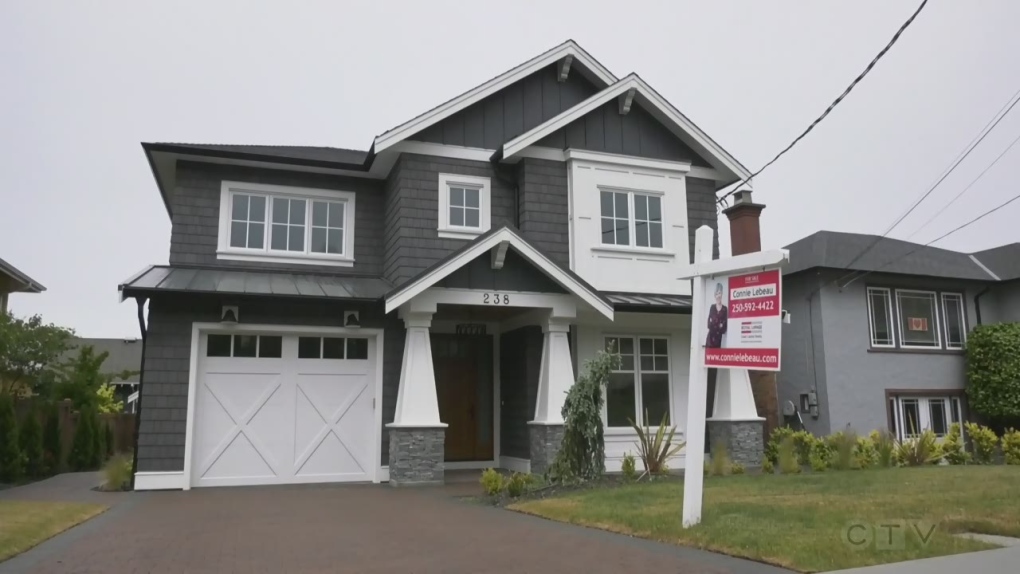 While B.C.'s housing affordability has long been a point of concern, the exact amount of money you'd need to make per year to afford a house in Victoria may be surprising.

A report by mortgage rate comparison company RateHub found that a prospective homebuyer would need to have a yearly income of $187,980 to purchase a home in Victoria.

That total was created by RateHub by using factors like its mortgage "stress test" rate, Canada's mortgage rate of 5.21 per cent in June, as well as the city's average home price, which was $985,500 last month, according to the company.

Using these totals, RateHub estimates that the average mortgage for a single-family home in the city is $788,400.

That estimate assumes a mortgage with a 20 per cent down payment, 25-year amortization, $4,000 a year in property taxes, and $150 in monthly heating costs.

RateHub says that the average income required to purchase a home in Canada rose across the country between March and June, with Victoria seeing the most significant jump.

On average, homebuyers in Victoria needed to earn about $35,760 more in June compared to three months earlier, or a 23 per cent jump.

RateHub says the annual income required to purchase a home in Victoria in March was $152,220.

Despite its size, Victoria requires the third-highest average annual income to purchase a home of all major cities in Canada, according to RateHub.

In Vancouver, that average annual income required to purchase a home is $231,950, the highest in the country, followed by Toronto with $226,500.