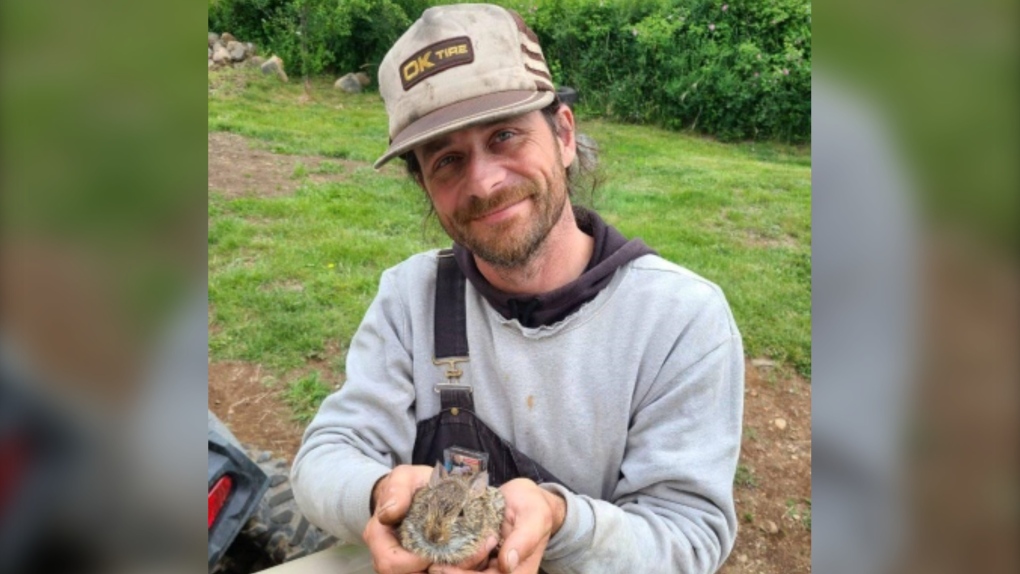 Justin Smith was last heard from on May 27, the RCMP said in a statement Tuesday. (RCMP)

The search for a 40-year-old man who went missing from the Comox Valley now appears to have extended into the Vancouver area.

Karen Smith, mother of missing man Justin Stanley Smith, says RCMP have been in contact with her and they believe they have images of her son using ATMs in the Vancouver area on Thursday evening and again on Friday.

“It is good news," Smith told CTV News from her home in Nova Scotia. "He still hasn’t been found but we know he’s still walking around, he’s still alive, that's the big thing."

Justin was last heard from on May 27 and was supposed to pick up his good friend Leegion Brooks, who he had borrowed a vehicle from.

Brooks and others became worried when Justin didn’t surface and also missed paying rent on his place in Fanny Bay, B.C.

Friends have been conducting exhaustive searches along back areas of Vancouver Island, knowing he is an outdoorsman.

"He is a very outdoorsy person and I know he can survive in the bush. He does have a lot of friends also in the Vancouver area," she says.

"His friends have put out – I can’t even imagine – thousands of dollars," Smith said. "Just one has taken eight days off of work, he’s put out over $800 in fuel looking for him."

Smith said she is very thankful to those who have searched for her son, including assistance that has been provided by RCMP and the media.

She says she believes her son has been in a bad state of mind following the death of a very good friend recently and other issues popping up from his past.

“This is really an unusual thing for Justin to do. This is so uncharacteristic of him. Obviously there is something going on that we don’t know about," she said.

She says the missing-person case has been transferred to Vancouver police.

"They do have a video from last night, they were 99.9 per cent certain that it was Justin," she said. "He’s used his bank card about three times in the past 24 hours."

More than half of Canadians say the pandemic negatively impacted their children: report

A new report has found that more than half of Canadian parents report 'negative impacts' on their children after two years of living through the COVID-19 pandemic.

Kherson, located north of the Crimean Peninsula that was annexed by Moscow in 2014, was the first city to fall after Russia's invasion of Ukraine on Feb. 24. The port remains at the heart of the conflict and Ukraine's efforts to preserve its vital access to the sea. For Russia, Kherson is a key point along the land corridor from its border to the peninsula.