Two people were treated for exposure to noxious fumes as hazardous materials specialists were called to Victoria General Hospital on Wednesday morning.

According to the Capital Regional District, which operates the hazmat response team, the specialists were called to the hospital by the View Royal Fire Department around 11:30 a.m.

A CRD spokesperson says a recycling truck operator was compacting empty containers when one of the containers began emitting fumes and the operator was "impacted negatively."

"The truck is presently sealed and the team is on their way," the regional district said in a statement to CTV News before noon.

The vehicle's two occupants were taken into the hospital for treatment of unknown injuries, Hurst said.

Island Health said patient care at the hospital was not affected by the incident.

"It is contained to the truck and it isn't leaking from the truck, so we're fortunate the chemicals are inside the truck," Hurst said.

"The hazmat team's going to enter the vehicle and try and conclude what the chemicals are and what's mixed together, and then they'll come up with a plan to mitigate that problem."

WorkSafeBC confirmed that it was contacted about a workplace incident at the hospital shortly after 1:30 p.m.

The occupational health and safety agency said it has assigned an officer to investigate the incident. 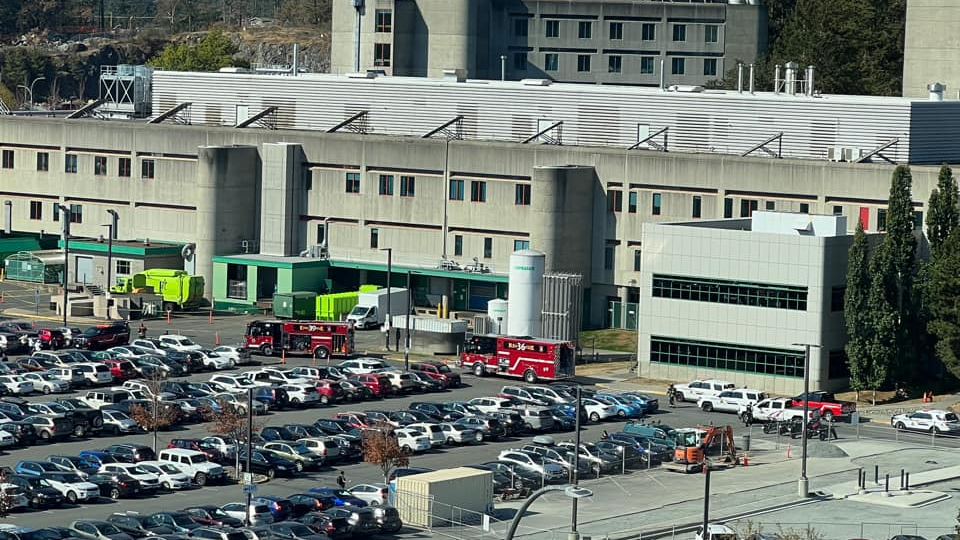 Island Health said patient care at the hospital has not been affected by the incident. (Samantha Ashley)