The feeling is bittersweet on the Mid-Island as the hit Hallmark Channel series Chesapeake Shores begins filming its final season in the region.

The project has become a success story for TV production in the remote area.

"We hate to see something that’s been so beneficial to the region and the growth of our film industry coming to an end," says Joan Miller, film commissioner for the North Island Film Commission.

When Chesapeake Shores came to the Mid-Island seven years ago, there were concerns that producing a TV series entirely in the area would be a huge risk.

"No one ever really was able to figure out how to leverage it all to make it all happen," says Miller of past film productions.

Without any official production studios on the island to shoot interior scenes, the TV crew was able to improvise and use existing infrastructure like the Parksville Curling Club, which is being used this season as a studio.

"It became pretty clear that if we wanted to base our locations here on the island that we would have to set ourselves up permanently," says Matt Drake, executive producer of Chesapeake Shores.

"You can bring what you need and you can build and augment the rest yourself," he adds. 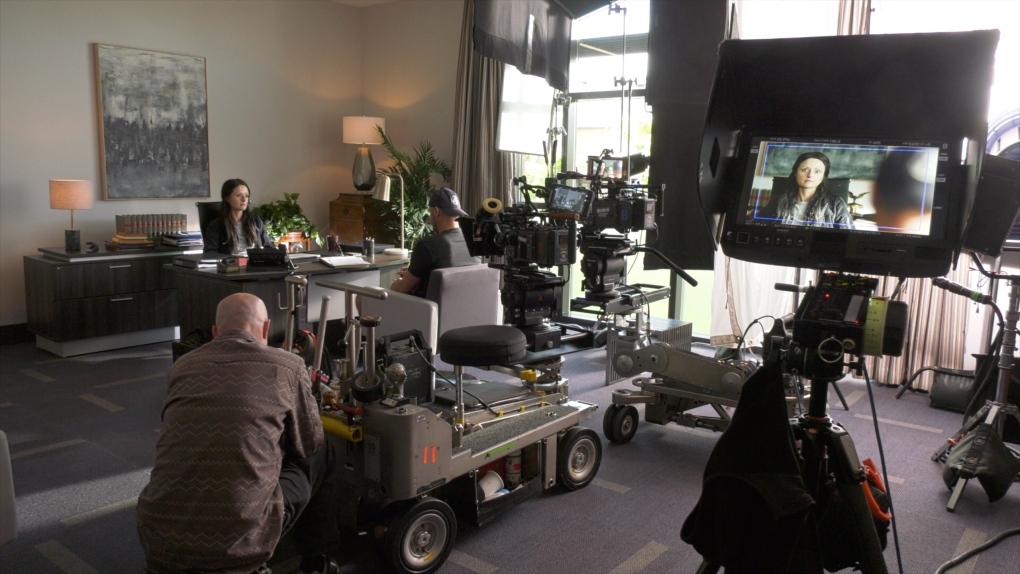 Another part of Chesapeake Shores' success is that it started to hire local film crews who have gone through North Island College’s training programs.

"They were the first ones to say, 'Anytime you have training send your people to us,'" says the North Island film commissioner.

"Because we want to see that the work that we did here carries on with other companies in the future," says Miller.

The hope for Miller and Drake with Chesapeake Shores is that they have set a foundation for future production to come to the region.

"This production has shown others that it can happen in the Mid-Island," says Miller.

"It should be a prime example of how you can shoot outside of the main area and still pull off a successful production," says Drake.

Filming of the TV series' sixth and final season is expected to finish at the end of June, with the final season slated for release in mid-August.

New federal regulations to force down the greenhouse gas emissions from gasoline and diesel will cost Canadians up to 13 cents more per litre at the pump by 2030.

Have you been affected by airport delays or flight cancellations? We want to hear from you

Have you been affected by airport delays or flight cancellations? Have you arrived at your destination without your luggage? Did you have to cancel a trip because your passport didn’t arrive in time? We want to hear from you. Email CTVNews.ca at dotcom@bellmedia.ca.

The Supreme Court of Canada will issue a constitutional ruling today about extensions to Canada's rape shield laws made by the Liberals four years ago.

Russian President Vladimir Putin shot back at Western leaders who mocked his athletic exploits, saying they would look 'disgusting' if they tried to emulate his bare-torso appearances.

A 20-year-old woman was fatally shot Wednesday night while she pushed her 3-month-old infant daughter in a stroller on New York's Upper East Side, police say.

NATO faced rebukes from Moscow and Beijing on Thursday after it declared Russia a 'direct threat' and said China posed 'serious challenges' to global stability.