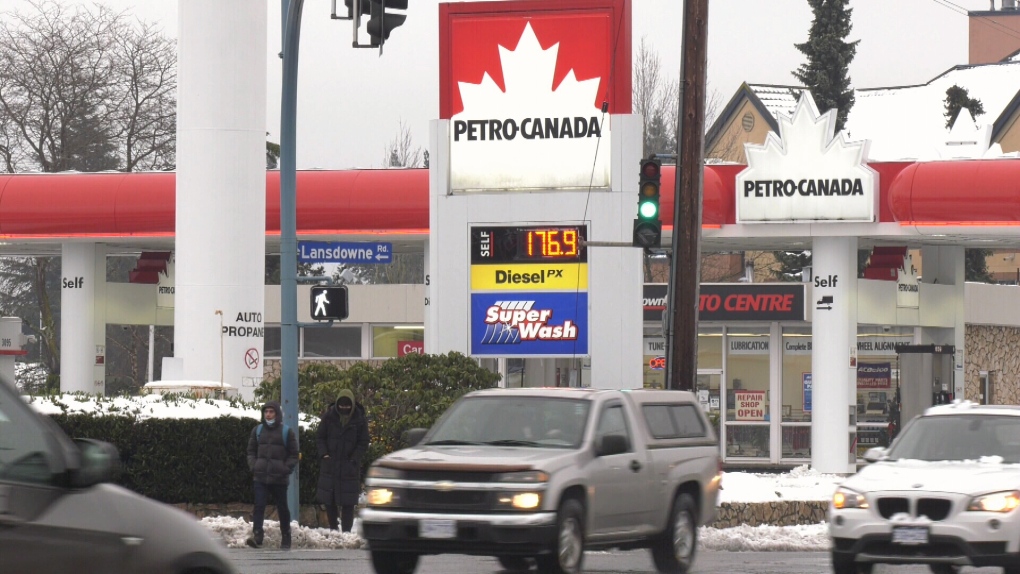 The price of gas on Vancouver Island has surged in the past week, and a gas analyst says records are being broken.

On Thursday evening, the price peaked at $1.769 at the Petro Canada at Hillside Rd. and Selbourne Ave.

The price dropped slightly overnight but still remains between $1.65 and $1.69 in Greater Victoria on Friday.

An analyst says that's the highest the region has seen since last July, when prices hit the low $1.60's

Canadians for Affordable Energy president, Dan McTeague, says wholesale prices are expected to drop after the weekend, leading to a potential break for consumers.

"If you see a buck fifty-six or a buck fifty-five for a litre of gasoline, buy it," he said. "Don't hesitate. Fill 'er up."

"But, if you see it at a $1.69 $1.67, you might want to hold off," added McTeague. "Get what you need and see if you can last until this time next week, at which point I think markets will begin to correct themselves."

The reason for the jump is an increase in demand for oil, mixed with lower production in the U.S., according to McTeague.

The area set a new record for its average gas price Friday, sitting at $1.769 per litre.

Around this time last year, people were paying less than $1.30 per litre at the pumps.