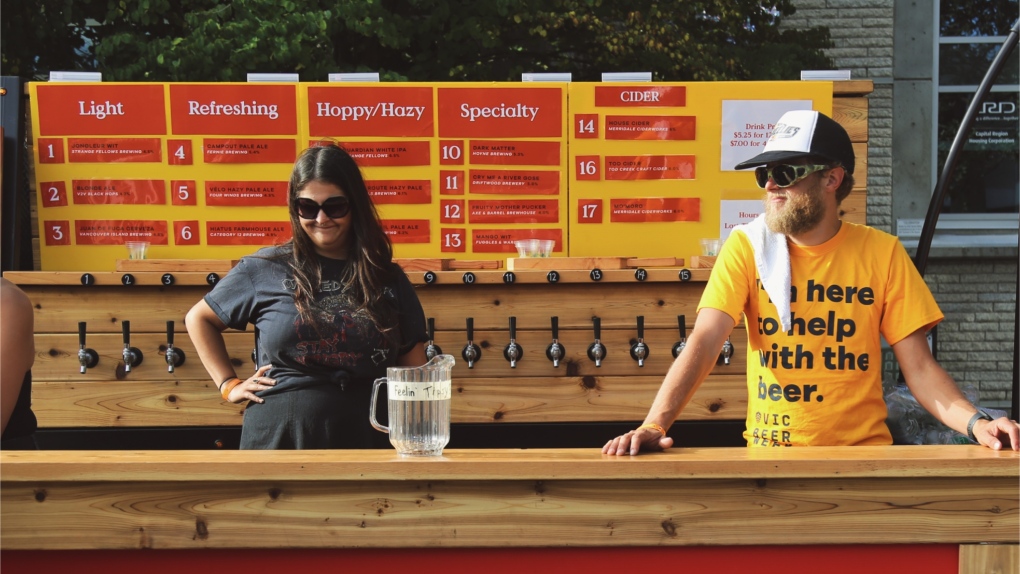 A massive beer and food festival is returning to Victoria after taking a two-year break due to the pandemic.

The Great Canadian Beer Festival is bringing 90 breweries from across the country to Royal Athletic Park for two days in September.

Some 250 different beers will be featured in the festival, some of which are being brewed specifically for the event.

"It's a rare opportunity to talk to these folks about what makes their beer special, and to try some new and classic brews from their lineup," said organizers in a release Monday.

Two cideries and a gluten-free brewery will also be at the festival, as well as a range of local food trucks.

A 30-metre long (100 foot) inflatable obstacle course will also be open for daring festival-goers, and live music will be played by an Oktoberfest band and a local DJ.

The Vancouver Island Blacksmith Association will also be attending the festival, with smiths forging custom bottle openers and other accessories, according to organizers.

Thousands of people are expected to attend the event, with organizers estimating at least 3,500 attendees for each day of the festival.

Tickets to the festival are $45 for a single day or $80 for a weekend pass and can be purchased on the Great Canadian Beer Festival website.

Parents can apply with the Canada Revenue Agency starting today to receive the children's dental benefit that the federal Liberals say is intended to provide cost-of-living relief to low-income Canadians but that critics say is a drop in the bucket.

Starting on Thursday, eligible Canadians can apply through the Canada Revenue Agency to receive funding as part of the first ever federal dental-care program, and as of Dec. 12 applications will open for low-income renters looking to access the one-time top-up to the Canada Housing Benefit.

A 101-year-old message has been discovered by workers removing the base of a former statue in front of the Manitoba legislature.

Nothing off the table when it comes to Alberta sovereignty act: PM Trudeau

Good Samaritans came to the aid of commuters during the harrowing snowstorm that rocked B.C.’s Lower Mainland Tuesday night.

A firearm advocacy group says the Liberal government's effort to ban a wide variety of rifles is being driven by ideology, not public safety.

Elon Musk — the SpaceX founder, Tesla CEO, and, most recently, Twitter owner — hosted a flashy event on Wednesday night for yet another one of his companies: Neuralink, the startup proposing implants that connect your brain to a computer.

An incredibly bright flash that appeared in the night sky in February was the result of a star straying too close to a supermassive black hole, meeting its untimely end there as it was ripped to shreds.

Grandparent scams are on the rise. Here's how you can protect yourself

Police across the country are seeing a rise in criminals preying on fears of the elderly with what's known as grandparent scams.