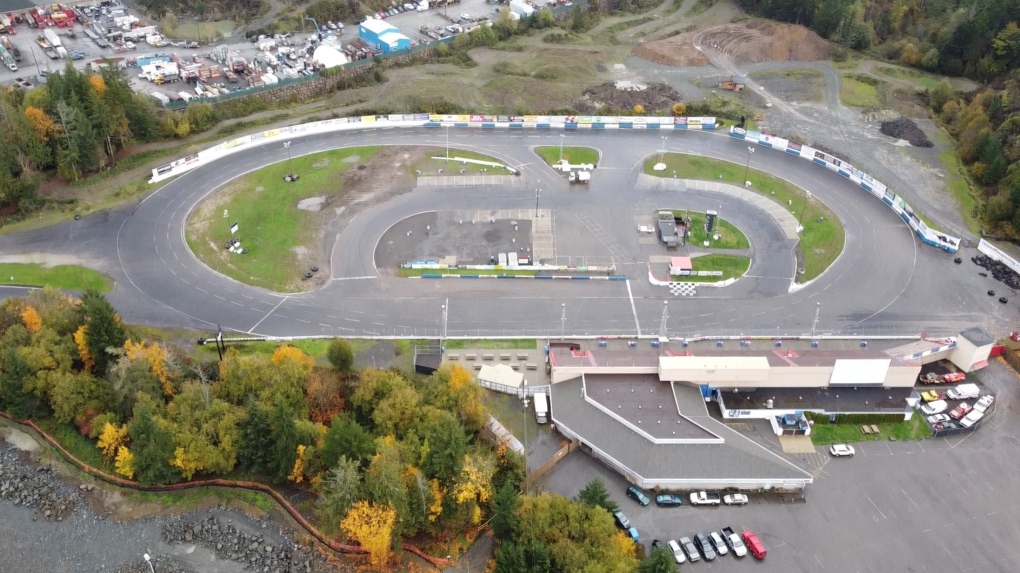 Westshore Speedway has one more year to operate in it’s current location before it has to relocate: Oct. 26, 2021 (CTV News)
Victoria -

In Langford, work has begun on a quarter-billion-dollar project, creating what will be known as Langford Heights.

"Overall, when fully built out, we’re hoping to have a million-square-feet of office and industrial space,” said Mike Mackay, president of Strand, a company heading the redevelopment project.

The Mayor of Langford, Stew Young, says the new development could bring 1,000 new jobs to the community. But the most exciting aspect of the project for him is the proposed film studio.

"This looks like a win for Langford if we could get a film studio here with it as well," said Young.

As communities race to build the first film studio in the region, Strand and its partner, Bastion Development Corporation, already operate studios in Vancouver. They say it will be built.

"The intention right now is to proceed with the construction of a film studio on the property," said Mackay. "We’re not looking for, necessarily, a tenant to be in tow before we do that."

'GET BACK TO RACING'

The site has been home to a number of businesses over the years, including a rock crushing operation, water park, mini golf track, and of course, the iconic Western Speedway. The race track now has one season left to operate in its current location under the name Westshore Speedway.

"We’re going to build another one and we’re going to get back to racing," he said. "There’s no two ways about it, we have to do it."

The speedway has been in its current location since 1954.

Strand has committed $2.5 million to help fund the relocation of the speedway to a new location. As of right now, a new location hasn’t been found, but Crocker says he has some good leads.

"I would say it’s looking promising," said Crocker. "All the locations are within 10 or 15 minutes of its current location, so we’re not going far."

Jason Nault lives in the area at the foot of Bear Mountain.

"My wife’s drive from here to the highway turned from five to 15 minutes," said Nault.

Neighbours living in the area seem to support the project, but there are concerns about increased traffic congestion.

"We definitely need more roads out here if they want to keep on building," said Nault.

The mayor says work is already underway, with widening construction taking place on Millstream Road, which will see increased traffic.

"There are plans to widen the road and obviously we’re looking at road improvements all the way along Millstream," said Young. "Work is getting done there right now."

Seven acres of land has been set aside for Langford Parks. Young says construction of new soccer and baseball fields are being looked at, as well as a much needed lacrosse box.

Fifty residential homes will also be built within the project bounds that is expected to be completed within the next five to six years.