Police are at the scene of a serious crash near Courtenay, B.C., on Tuesday afternoon.

The crash involved a logging truck at the northbound onramp onto Highway 19 off the Comox Valley Parkway.

"A logging truck coming out of Cumberland lost its load of logs and piled up on top of this pickup here," said Cumberland Fire Rescue Chief Mike Williamson.

Williamson says two people were inside of the pickup truck at the time, including a woman who had to be extracted by firefighters.

A coroner was also seen arriving at the site late Tuesday afternoon. 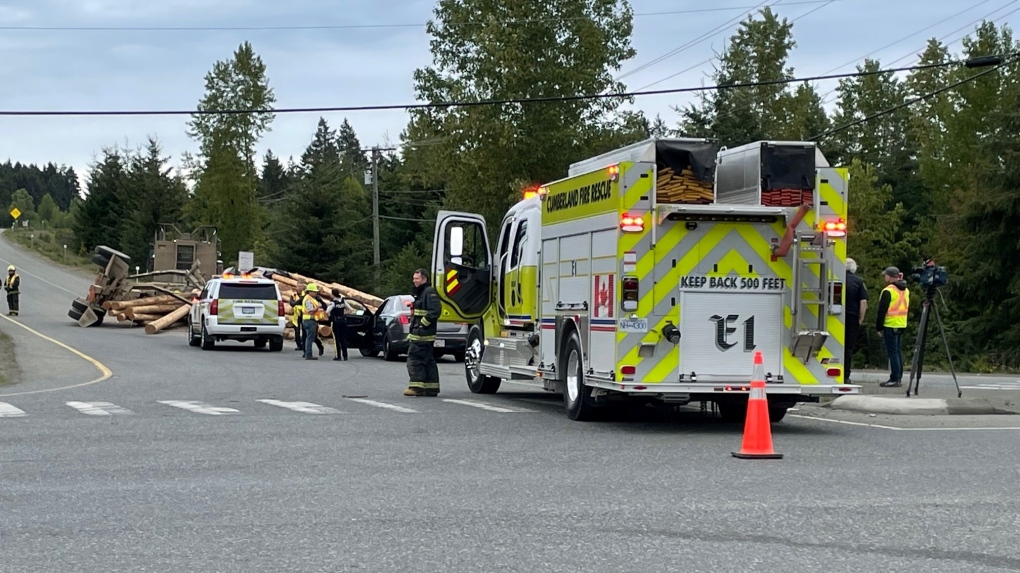 The crash closed the northbound onramp onto Highway 19 from Comox Valley Parkway on Tuesday. (CTV News)

Williamson says that while other logging trucks have lost their loads on this corner before, Tuesday's incident was "kind of a freak accident."

The fire chief says a dog was also present during the crash and it's being looked after by firefighters until it's transported to the SPCA for care.

The crash briefly closed the parkway to all traffic, but it reopened Tuesday afternoon. As of 3:45 p.m., the onramp onto the highway remained closed to vehicles.

The campaign for Patrick Brown said it was consulting its legal team after the leadership election organizing committee of the federal Conservatives voted to disqualify him from the race late Tuesday.