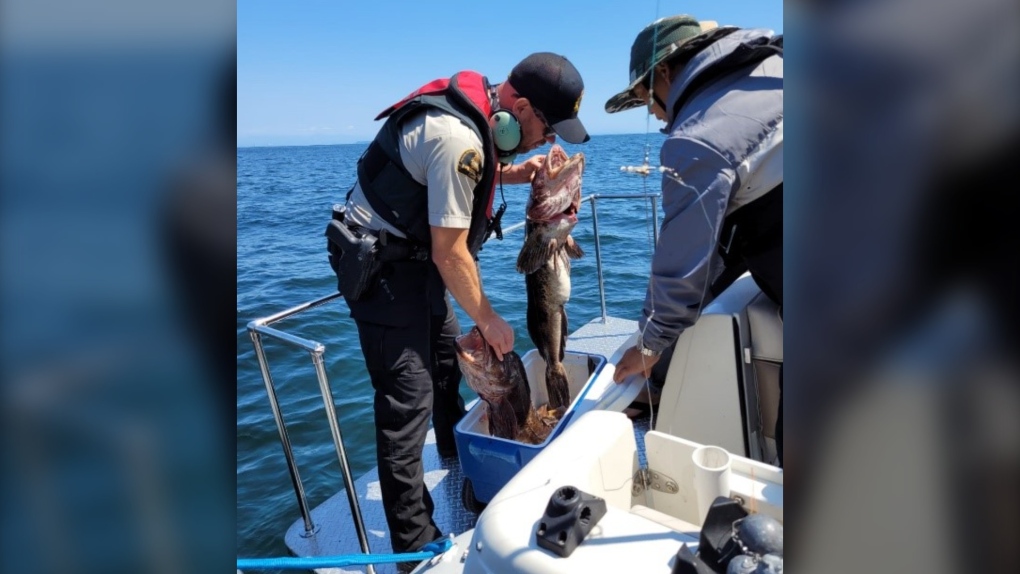 A two-day blitz by Fisheries and Oceans Canada officials around the southern Gulf Islands has uncovered violations ranging from overlimits of crab and rock fish to illegally retaining wild coho salmon and boating through sanctuary zones set up to protect endangered Southern Resident killer whales.

A statement from the DFO says inspections of 76 boats and 187 anglers were carried out on July 9 and 10.

Warnings were issued for some of the violations -- such as using barbed hooks to fish for salmon -- but the DFO says the more serious infractions will be investigated and could lead to fines or legal action.

The weekend wasn't all fishing enforcement -- officers also responded to a distress call as a nearby vessel took on water and they helped paramedics as they airlifted an injured person from a beach.

Four in 10 Canadians polled in a recent online survey say they're vote is being influenced by how they feel the federal government handled the COVID-19 pandemic.

As the federal party leaders make their final push to Canadian voters, new polling data suggests that the Liberals and the Conservatives are in a dead heat.

An Ontario woman says Air Canada allowed her 11-year-old son to board an international flight without supervision and fly home alone.

Election day 101: Questions and answers about the voting process

From finding the right voting location to bringing acceptable ID, CTVNews.ca breaks down what you need to know before casting your ballot.