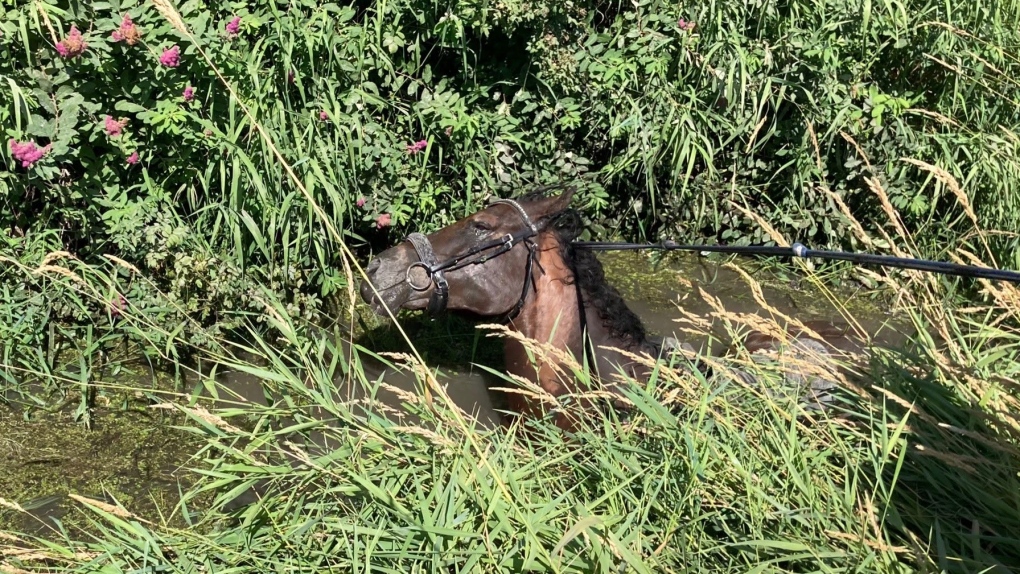 A horse that slipped and fell into a ditch in Central Saanich was rescued by first responders on Tuesday morning.

Capt. Brennan Gummer of the Central Saanich Fire Department says the incident was reported on the Willow Way trail around 10 a.m.

Gummer believes the horse was walking with its handler when it went over to the side of the trail to eat some grass. The tall grass was hiding some loose terrain, which caused the horse to slip and fall, says the fire captain.

A range of first responders headed to the scene, including firefighters, police, public works staff and a veterinarian. All in all, about 15 people were helping free the horse, including its handler, according to Gummer.

The fire captain says that public works staff helped dig a slope on the side of the trail to allow the horse to climb out of the ditch.

Firefighters also attached straps to the backside of the animal to help lift it out of the mud.

After about an hour, the horse was finally freed from the ditch. Gummer says the horse is still being looked over Tuesday morning and may have minor injures, such as lacerations, that it likely received when falling into the ditch.

No one else was injured during the incident, according to the fire department.