A group of First Nations say they have reached an agreement to defer old-growth logging in parts of southwestern Vancouver Island for the next two years.

The Huu-ay-aht, Ditidaht, and Pacheedaht First Nations say they informed the B.C. government on Saturday of their plan to hold off on old-growth logging in the Fairy Creek and Central Walbran areas while the nations develop long-term resource stewardship plans.

"For more than 150 years they have watched as others decided what was best for their lands, water, and people," said the Huu-ay-aht First Nation in a statement Monday. "This declaration brings this practice to an immediate end."

B.C. Premier John Horgan acknowledged the province had received the deferral notice Monday. The government has not yet indicated whether or not it will endorse the decision.

"We understand the request must be addressed expeditiously, and we will ensure a prompt response," said Horgan in a statement Monday afternoon.

Protesters have been blockading forestry roads in the region since August, preventing forestry company Teal-Jones from accessing the area to harvest trees. In April, the B.C. Supreme Court granted an injunction to Teal-Jones to have the blockades removed.

Teal-Jones told CTV News on Monday that it will adhere to the First Nations’ decision to defer logging in the Fairy Creek and Central Walbran regions.

"We will abide by the declaration issued today, and look forward to engaging with the Pacheedaht, Ditidaht, and Huu-ay-aht First Nations as they develop Integrated Resource Forest Stewardship Plans," the company said in a statement.

"Teal-Jones acknowledges the ancestral territories of all First Nations on which we operate and is committed to reconciliation," the company added.

"We ask that all peoples both Indigenous and non-Indigenous learn and move forward together and that by working together we can realize a future that is fair, just, and equitable," Jones added.

The First Nations say the deferral applies to new road construction in the Fairy Creek area, which will cease immediately, however some maintenance and deactivation work may continue for safety and environmental reasons.

The nations say forestry operations in other parts of their territories will continue without disruption and they are asking protesters not to interfere with these approved operations. 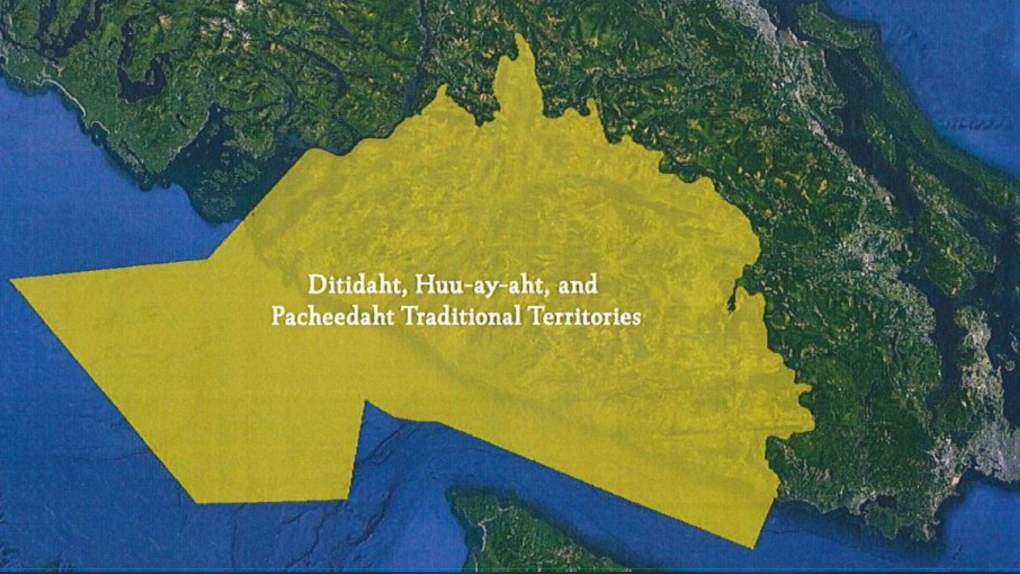 The protesters said the announcement from the Indigenous leaders is "far short of what we need" in a  statement Monday on Twitter.

"We have yet to see the exact maps but regardless it will allow for continued industrial logging of old-growth forest across southern Vancouver Island," according to the Fairy Creek Blockade account.