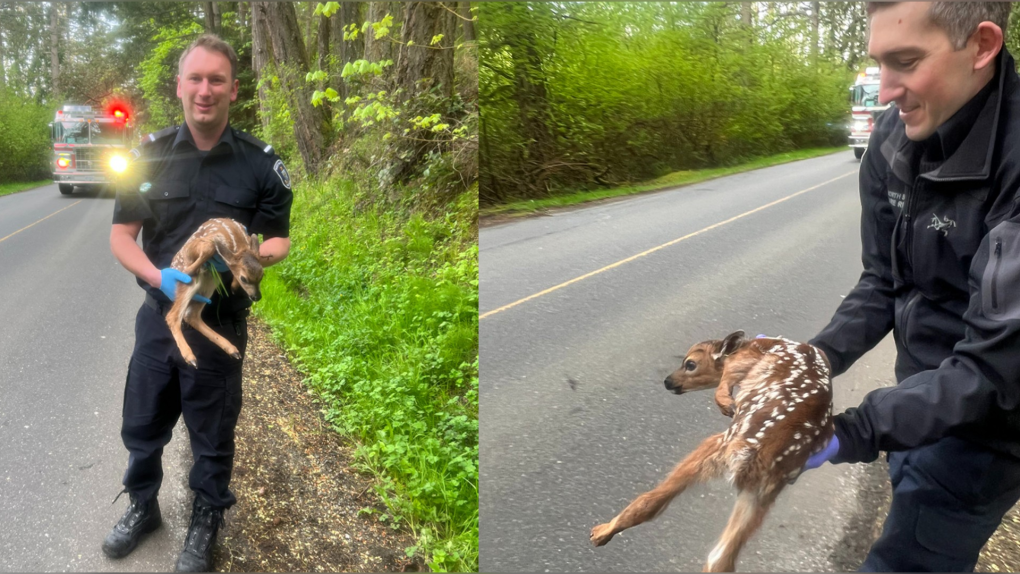 The North Saanich Fire Department says its members performed "an important roadside rescue" Friday morning after receiving a call from a concerned citizen.

The caller had seen a mother deer cross Tatlow Road – one of the busier roads in the District of North Saanich – and was concerned that her two fawns might attempt to follow her and get hit, according to department chief John Trelford.

Firefighters donned gloves so that they'd be less likely to leave a scent on the young deer, Trelford said. They carried the two fawns across the road while the mother deer watched from a distance.

Once the firefighters had moved away, the mother deer made her way back to the fawns, Trelford said, adding that the animals were "quite young," weighing only a few pounds each.

Crews then left the scene to give the family some space, sharing photos of their rescue effort on social media later in the day.

Our firefighters performed an important roadside rescue in North Saanich today. Two baby fawns had been separated from their moms so the firefighters helped reunite them. pic.twitter.com/TPWXeqjvZA