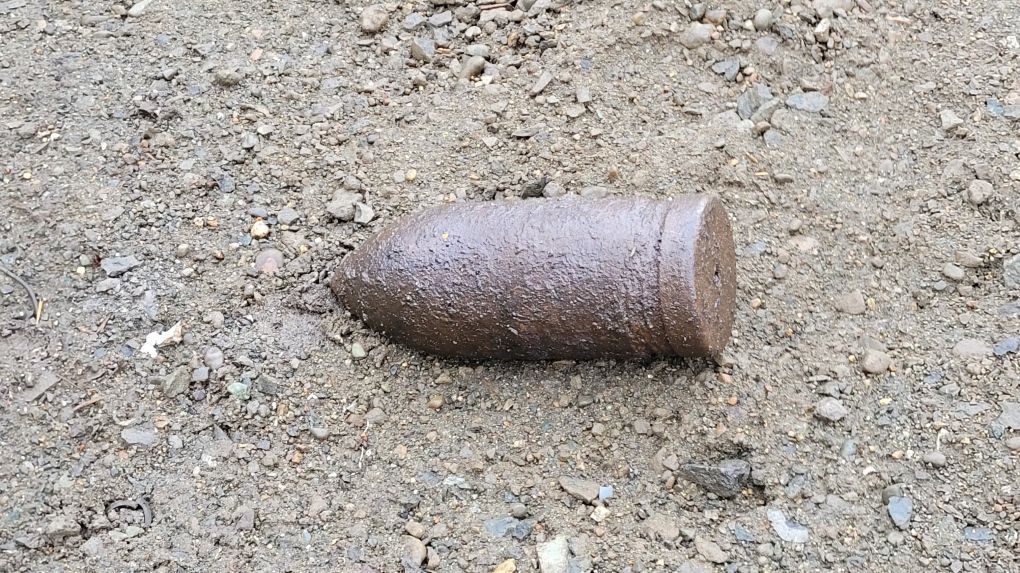 Staff at a scrapyard north of Campbell River, B.C., had some anxious moments on Tuesday waiting for word from an explosives team about a strange object they had found on the premises.

Campbell River RCMP confirm they were called to a scrap recycling business on Duncan Bay Road on Tuesday after staff found what appeared to be an old artillery shell that was 28 centimetres long and 15 centimetres in diameter.

Police called in the Explosives Ordinance Disposal Team from 19 Wing Comox to deal with the situation.

"It took a couple of hours. You have to cordon off an area, you don’t know whether it’s explosive or it’s going to explode," said Campbell River RCMP Const. Maury Tyre.

"It took awhile for the experts because they had to bring out the X-rays just to make sure there were no explosives inside," he said.

In the end, Tyre says it was a dummy artillery round used years ago in training, possibly originating from Alert Bay, B.C. But he says it serves as a good reminder of what else could be out there.

Tyre says it’s not uncommon for similar items to be discovered on Vancouver Island, especially given our military history.

"It can be a really common occurrence that people run into some form of munitions that were used by the military at some point," he said.

"There were test ranges that were used for years so this stuff is out there. Plus people do find all sorts of random things like the marine emergency flares that are used in naval operations," said Tyre.

The constable says it’s best for the public to not touch such objects and instead contact RCMP.

"I’ve personally had people bring in those marine flares and actually come walking into the front doors of the detachment with them," he said. "Of course it’s something that could theoretically go off."