Examining what snowfall warnings will actually mean for Vancouver Island

2021 was a busy, exciting, interesting and unique weather year on the West Coast, and 2022 continues that trend.

The island is blanketed with snowfall warnings, with 10 to 25 centimetres expected Wednesday afternoon into Thursday morning. 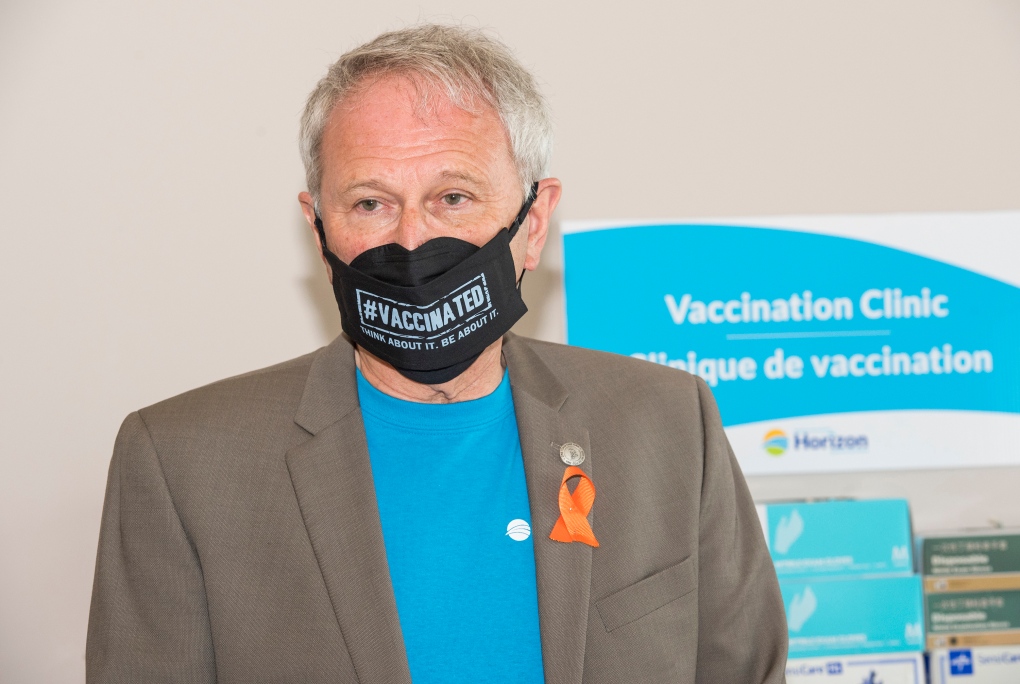 Heavy bands of snow associated with this system will make road conditions deteriorate fast with quick accumulation for some areas and reduced visibility.

Easterly winds will gust into the 50-60 km/h range and that flow is also injecting cold Arctic air throughout B.C. and giving us the white precipitation. 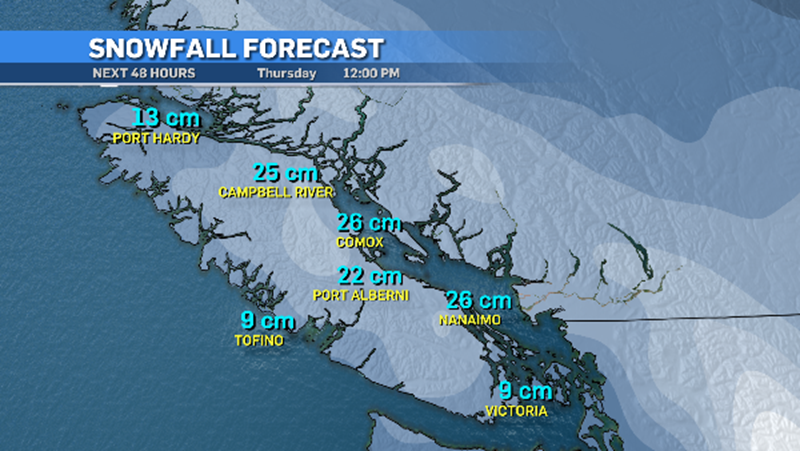 While this storm will bring a lot of snow, Thursday morning that snow will turn over into freezing rain, and then rain.

It’s the freezing rain that will make for bigger concerns on the roads and highways, as well as sidewalks. Icy and slippery conditions will develop quickly.

Once the rain takes over we’ll be dealing with a messy mix for couple of days.

Warmer temperatures will arrive this weekend and we’ll see some stability with more typical weather into next week and throughout the rest of January for the most part. 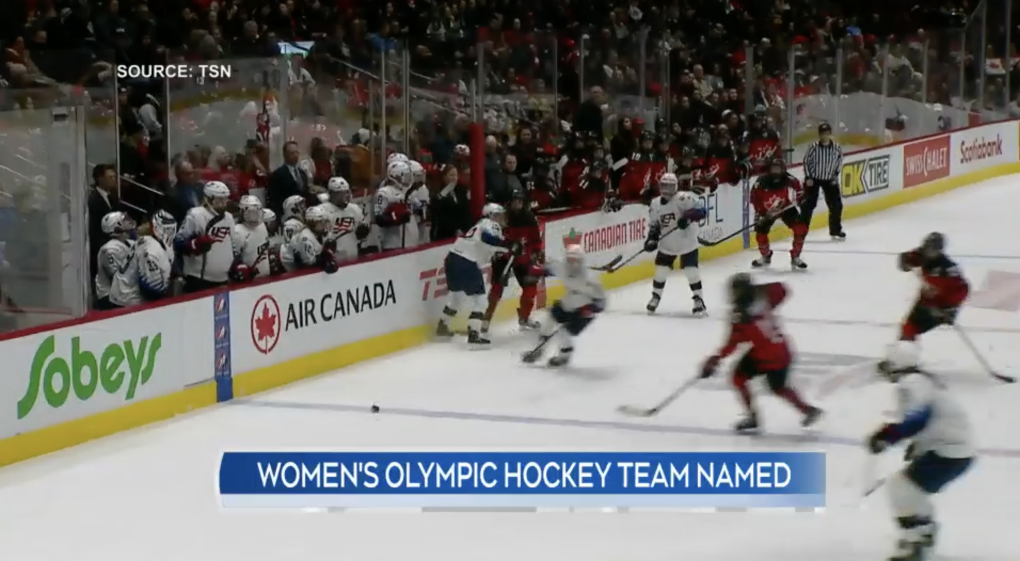 (NOTE: The rainfall totals graphic includes the moisture from the snow so numbers are a little higher than what will actually fall just as rain)

The areas expected to be hardest hit with snow will be East Vancouver Island, from Nanaimo to Campbell River. Higher elevations inland will also see some bigger snowfall numbers.

West Vancouver Island could see up to 10 centimetres, especially a little more inland, and can expect more freezing rain than other areas.

Greater Victoria and southern portions of the island will also deal with snow and wind. Eight to 10 centimetres is very likely. Spots near the water will be on the low end, roughly three to five centimetres, but snow will be widespread.

As Thursday continues on, moisture will change into rain, and some decent rainfall numbers will be had.

Forecasting snow in the island is like a carnival game. Sometimes you win, but most times there’s a catch and it doesn’t go the way you think it will.

From sea level bays and beaches to mountain ranges, the changes in temperatures and air flow can be dramatic and can change the form of moisture quickly.

With an Arctic outflow feeding into this Pacific system we know that cold air will make most of that moisture snow – but how much, where, and when is always, literally, up in the air.

We’ll get a little bit of everything this time around. Below is a graphic to help explain what conditions are needed to created different forms of precipitation. 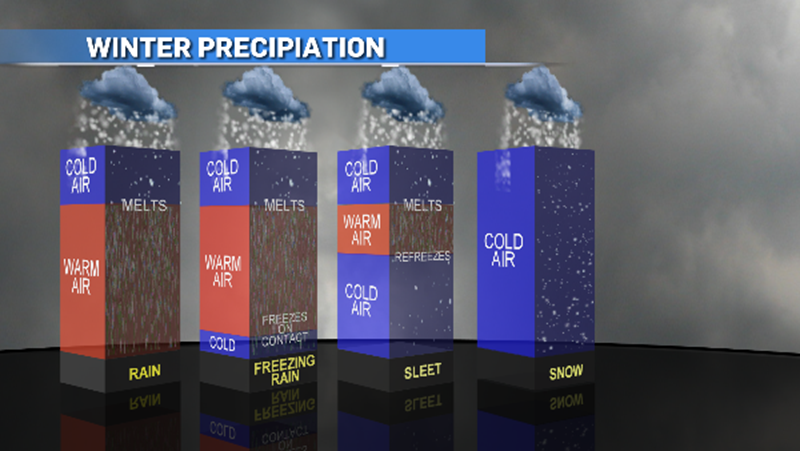 After we get through this storm then we’ll settle down and get back to more typical conditions, but the moisture will continue to roll across the island. Whether it’s snow, freezing rain, ice pellets, or rain, the moisture is a big positive after a very dry 2021.