People who are looking to swing a club at one Vancouver Island golf course have more than sand traps and water hazards to look out for.

"They’re pigs. They have some little piglets. There’s about six or seven of them, they lay and they feed," said golfer Norm Jackson, head of the Cowichan Golf Club on Wednesday.

As cute as that may sound, the porkers are problematic on the course.

"You can see the damage," said Jackson. "They're doing their routes." 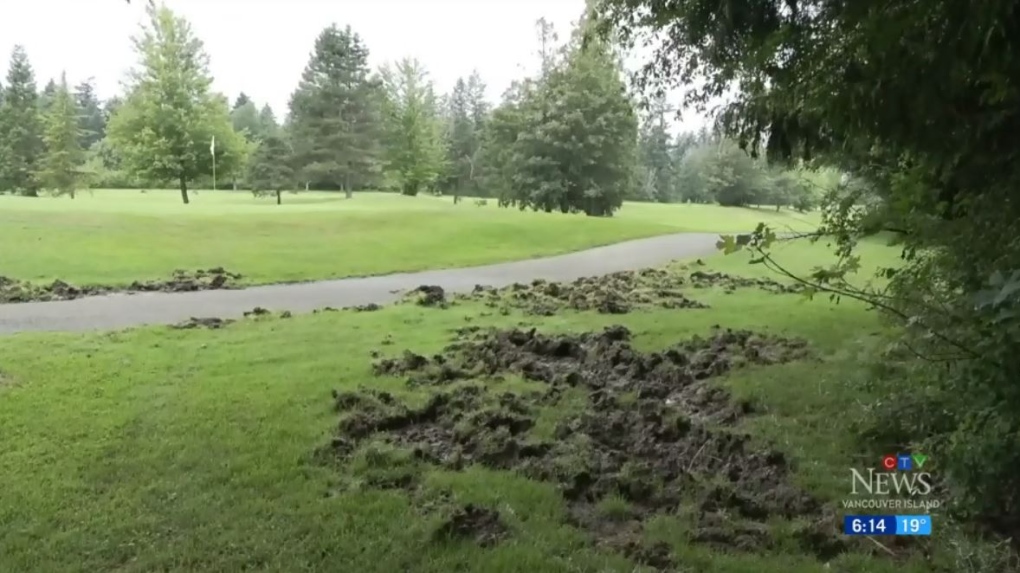 Damage caused by the pigs is shown. (Submitted)

Other golfers at the course Wednesday said the damage was "terrible" and believed that the pigs were on the course looking for food.

The Cowichan Golf Club says the swine have been stirring up the fairways for the last few months.

"Our crew is constantly repairing these damaged areas," said Jackson. "Our biggest concern is if they got on the greens or tee boxes, which would be a very, very extensive and expensive repair bill."

The clubs says the pigs and piglets are escaping from a neighbouring property. 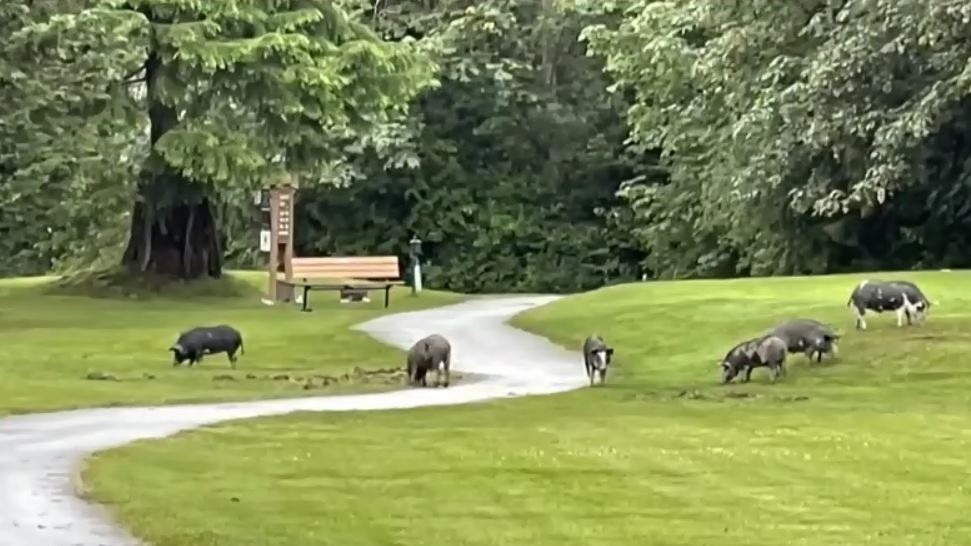 Pigs are shown at the Cowichan Golf Club. (Submitted)

Even though the pigs haven't shown any signs of aggression yet, the club and its members are concerned about their safety.

"[There's] concern that if they do get aggressive that if there's a member out there that approaches them, that they will take a run at them," said Rose.

The club says it wants to help keep the pigs safe and has contacted the Cowichan Valley Regional District's bylaw services and animal control.

"We seem to be having a challenge as to what avenue we can take in making sure everyone is protected here," said Jackson.

"I think that if there’s anybody out there that has any suggestions we’d be happy to listen."

Ryan Brook, an associate professor at the University of Saskatchewan’s College of Agriculture and Bioresources considers any pig outside of a fence wild.

He says wild pigs can ravage ecosystems by tearing up the ground and eating everything from frogs to species at risk and ground-nesting birds, along with their eggs.

"It’s easy to think in the context of Vancouver Island to say, 'Well this is just a one-off thing but we’ve seen exactly this happen a thousand time across Canada and many thousands of times around the world and it never ends well," said Brook.

"You really need to get on this immediately before it gets out of hand, which it can do exceedingly fast," he added.

"I would recommend trapping them with a large panel-type trap and those can be very effective."

A fire ripped through a church in a densely populated neighbourhood of the Egyptian capital of Cairo on Sunday, leaving at least 41 dead and injuring 14, the country's Coptic Church said.

Two-time champion Simona Halep has advanced to the National Bank Open's final. The Romanian beat Jessica Pegula of the United States in the WTA event's first semifinal on Saturday.