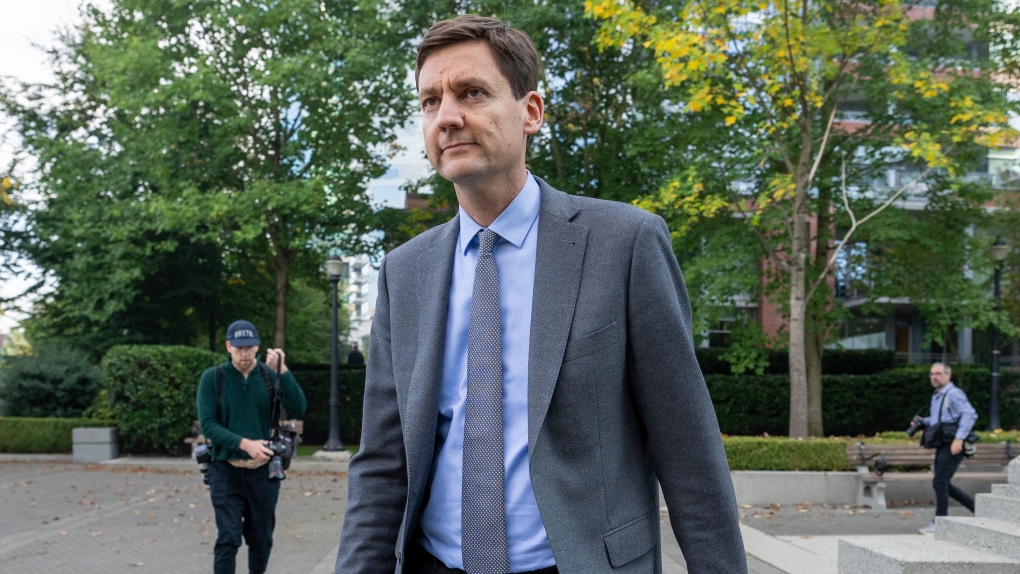 Political pundits are expecting Premier David Eby to appoint new cabinet ministers who have fire in their bellies for the challenging jobs ahead, and the possibility of an early election call.

Lt.-Gov. Janet Austin will swear in Eby's new cabinet during a ceremony at Government House in Victoria on Wednesday.

While B.C.'s next election is scheduled for the fall of 2024, the new cabinet could set in motion the countdown for an early vote next fall, said Prof. David Black, a political communications expert at Victoria's Royal Roads University.

“My working theory of the shuffle is tied to what I believe is an election in 2023,” he said in an interview.

“I don't see the political calculus in waiting for the fall of 2024. If you look at our fiscal situation, which right now is healthy, but next year is not looking very good with growth projections very low.”

The government is projecting a $5.7-billion budget surplus this year with economic growth nearing three per cent but dropping to 0.5 per cent in 2023.

Private sector forecasters downgraded their projections this week, anticipating B.C.'s economy to grow 2.9 per cent this year and dipping to 0.4 per cent next year.

Black said he expects experienced politicians will fill those posts, especially as an election approaches.

Black said he expects Adrian Dix to remain as health minister; George Heyman to keep his post as environment minister and Selina Robinson to stay in finance, even though she was one of the few members of the NDP caucus who did not express support for Eby's leadership bid.

“I think $5.7 billion is an argument for staying,” he said. “If she stays, it's more predictive of the fact he may go to the people earlier.”

Jobs Minister Ravi Kahlon and ministers of state Katrina Chen and Bowinn Ma are likely to receive cabinet promotions, said Black, adding that he'll be watching who Eby places in the important portfolios of attorney general, housing and in the energy ministries.

Eby has consistently said he will not call an early election.

Former New Democrat member of the legislature Maurine Karagianis said the housing minister should be a person with experience and a reputation for taking on challenges.

“I would expect and hope that he does put somebody with a certain, with a significant amount of gravitas in there,” she said.

“Housing is such a broad issue,” said Karagianis. “It's not just the Downtown Eastside. It's not just the homeless. It is the poorly housed. It is transition housing. It's about finding ways to get more opportunities for young families to get into housing.”

She said she expects Eby to promote some younger NDP members to cabinet positions, replacing some older ministers who may not run in the next election, but not a total remake.

“I don't see David (Eby) going, 'out with the old and in with the new,' but I do see probably a very even mix of new people,” Karagianis said. “I see him looking for some people who have the same fire in their gut that he has right now as a father of young children.”

Since being sworn in, Eby has announced more than $1 billion in initiatives, including funding more police officers and health professionals, providing income relief, electricity bill credits and forming the stand-alone Ministry of Housing.

This report by The Canadian Press was first published Dec. 6, 2022.