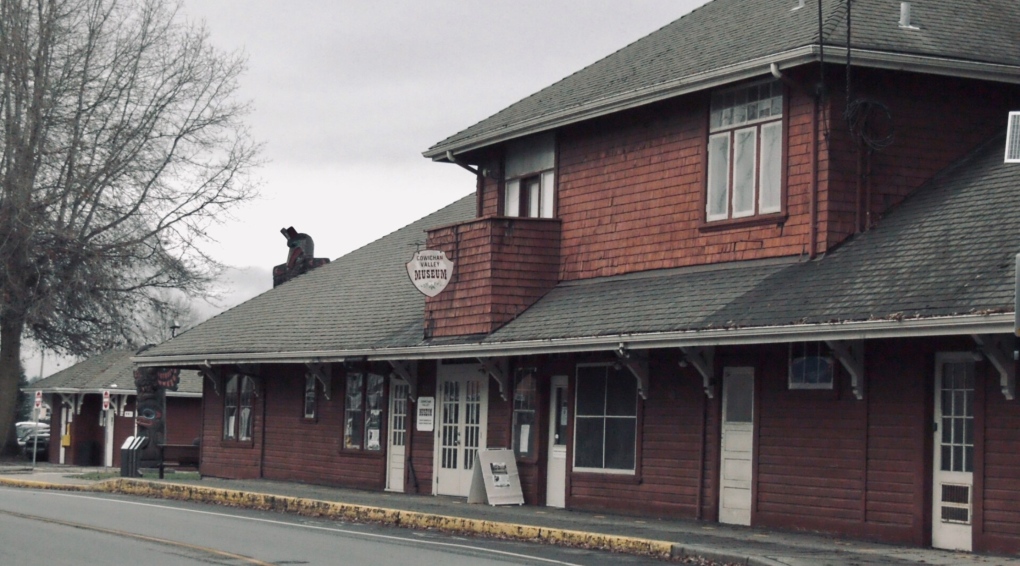 The Duncan Train Station is a top 10 finalist in a national online competition that will award $50,000 to a historical building for restoration. (CTV)

The Duncan train station is a top 10 finalist in a national online competition that will award $50,000 to a historical building for restoration.

The heritage building is the only entry on Vancouver Island and is one of four in B.C. to be a finalist.

The competition is called the Next Great Save and is put on by the National Trust of Canada. The mission in this competition is to save heritage buildings in Canada by reducing their carbon footprint.

The Cowichan Historical Society operates the station, which also houses the Cowichan Valley Museum and Archives, says if it wins the competition, it will use the funds to make the building more energy efficient.

The building's heating system desperately needs to be replaced with energy-efficient electric heat pumps. By doing so, the society says it would reduce its carbon emissions by 24 per cent and its heating costs by 70 per cent. In the winter months, the building's current hydro bill is more than $900 per month.

The society would also like to increase the building’s insulation and replace the windows with custom-made ones that are energy efficient and also meet historical standards.

Built in 1912, the train station was originally proposed to be farther north on the island, but the community at the time rallied to keep in Duncan. Now, 111 years later, it still stands in the same location.

“There are some others in Canada that are being saved or in the process, but they have been moved from their original locations.”

Other renovations – such as replacing shingles, gutters and fascia boards, repointing the original chimneys, repainting the exterior, and fixing drainage issues – all need to be addressed as well.

The society has plans to restore the whole building over the next 10 to 15 years, at an estimated cost of $300,000. That estimate was made before the COVID-19 pandemic, however, and the society believes the total cost has increased since then.

People can vote once per day on the national trust website until the competition ends on Feb. 22.