A battle of who has the biggest hockey stick in the world is brewing outside of rinks in Canada and the U.S.

The massive 66-metre, or 218-foot, behemoth weighs 28 tonnes, or as much as six and a half elephants.

The hockey stick is made out of steel and Douglas fir, and is certified as the world's largest hockey stick in the Guinness Book of World Records.

But, the massive hockey stick may not hold the record for long.

Some 3,600 kilometres away in Lockport, IL, construction of a new rink has just been approved by city council. The new rink includes a 76-metre, or 250-foot, hockey stick, some 10 metres or 30 feet larger than the one in North Cowichan.

"Well, honestly, when it comes to Lockport here, I like quirky, so anything quirky I can get behind," said Lockport Mayor Steve Streit on Tuesday. 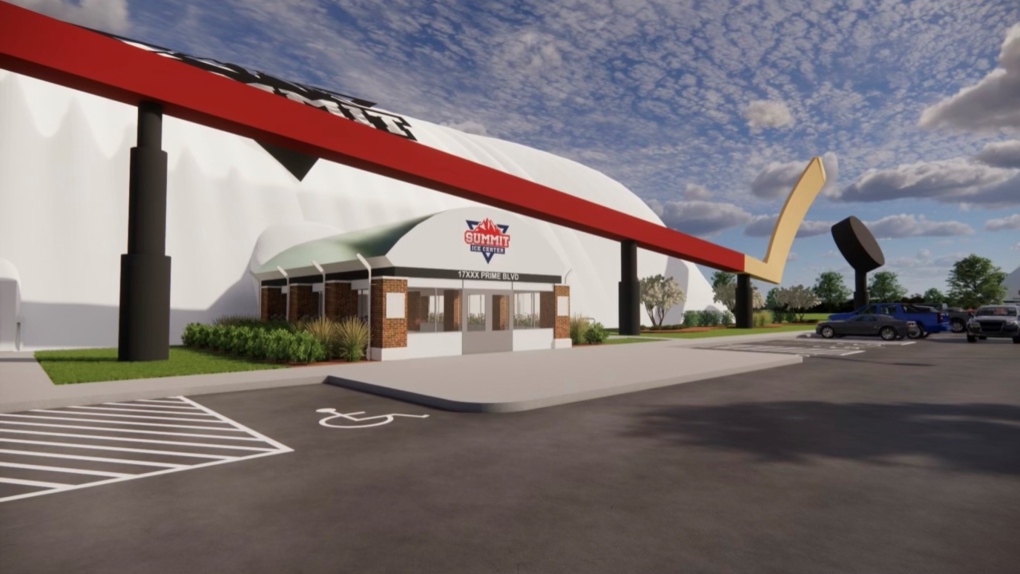 An artist's rendering of the upcoming hockey stick in Lockport, IL, is pictured. (Lockport City Hall)The rink and stick are being built by a private investor. The proposal was unanimously approved by city council.

"They will start breaking ground here real soon so they’ll be working on it throughout this year," said Streit.

"You guys have a little time if you want to build an extension on your hockey stick and try to keep up," he joked.

Lockport currently doesn’t have a hockey rink within its borders, so the community of nearly 30,000 is buzzing.

"Why throw the world's largest hockey stick out front of it? I don’t know, why not?" said Nick Jakusz, midday host of radio station 95.9 The River in Aurora, IL.

"We kind of like to do that around here," he said. "If you’re going to do something, do it big right?"

Jakusz points to another world’s largest attraction that was just constructed in the neighbouring city of Joliet, IL.

"They just erected the largest handmade guitar sculpture in the entire world," said the radio host.

The guitar has already attracted a lot of attention worldwide. 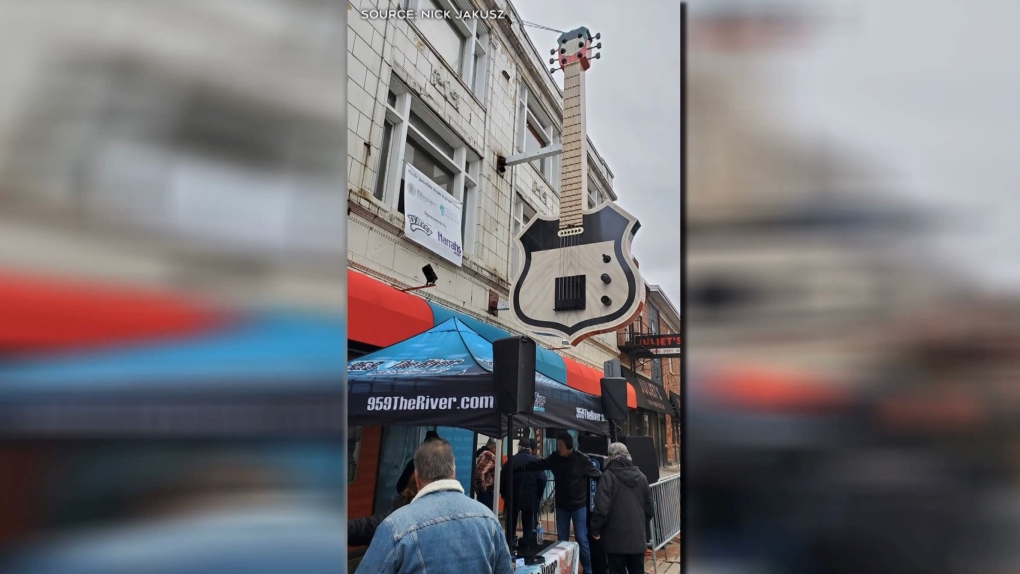 The largest handmade guitar sculpture in the world located in Joliet, IL, is pictured. (Nick Jakusz)Back on Vancouver Island, people don’t seem too upset about being dethroned.

"The competition is good for our image because [the hockey stick] kind of gets forgotten," said Painter.

Regardless of who gets the "world’s largest" title, the controversy is once again giving North Cowichan’s old stick the attention it deserves.

On the bright side, not all hope is lost.

"Duncan, [B.C.], can rest assured, the hockey stick outside of this new [rink] going up in Lockport is left-handed, so at least you’ll have the world's largest right-handed hockey stick," said Jakusz.