Driver passed out at wheel on Colwood lawn was impaired, police say

Driver passed out at wheel on Colwood lawn was impaired, police say 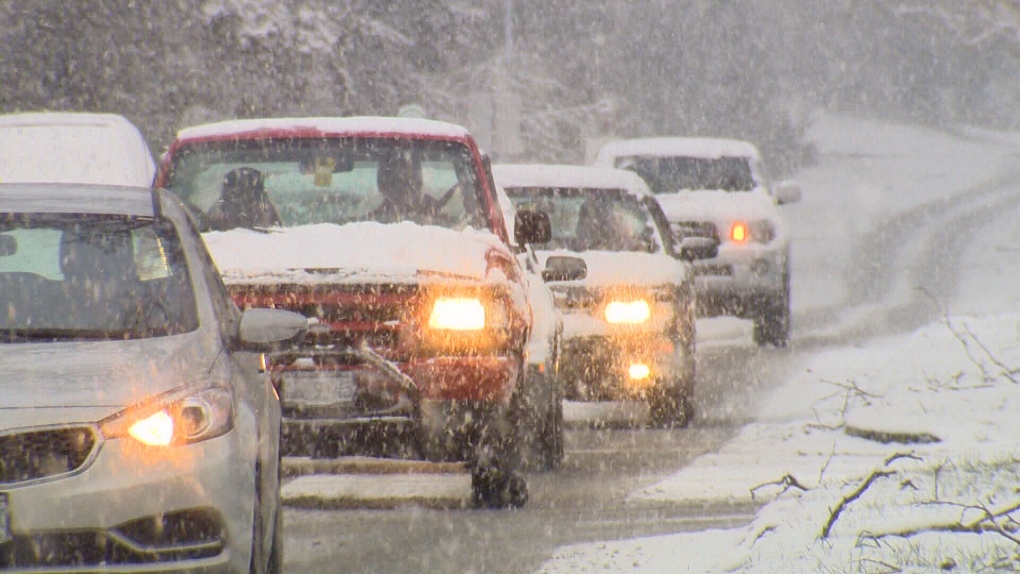 Motorists drive through snow in this file photo.

Mounties on the West Shore say they responded to a series of crashes on Tuesday involving snow, speeding and impairment.

During a 30-minute period between 8:30 a.m. and 9 a.m., police say they were called to three crashes involving drivers who lost control on snowy or icy streets.

All three vehicles were damaged and needed to be towed, though none of the drivers were injured, police say.

Then, at approximately 11:45 a.m., police responded to multiple reports of a man passed out in the driver's seat of a BMW that was parked on the front lawn of a home near the 800-block of Sunridge Valley Drive in Colwood, B.C.

Mounties located the vehicle, a 2018 white BMW 330I, and noticed that the driver displayed signs of intoxication. He was arrested for impaired driving, and during the arrest police say they found suspected cocaine among the man's possessions.

Besides being arrested, the man had his licence banned for 90 days and had his vehicle impounded for 30 days.

Police say an investigation into possession of a controlled substance is ongoing. There does not seem to be any prior connection between the man and the home he parked at, according to RCMP.

Later that afternoon, around 2:10 p.m., a West Shore RCMP officer reported seeing a Toyota Highlander SUV speed past them on Veteran's Memorial Parkway near Sooke Road

The officer said the driver was travelling an estimated 120 km/h. The 18-year-old male driver was pulled over and fined for excessive speeding, resulting in a $483 ticket and three demerit points on his licence.

His vehicle was also impounded for seven days, police say.

"This is just a snapshot of the busy day officers had," said Insp. Stephen Rose, officer in charge of West Shore RCMP operations, in a release Wednesday.

"Traffic enforcement is a priority for us here at the West Shore. Safer roads lead to safer communities," said Rose.

"With the holiday season upon us you will see our officers patrolling and setting up check stops looking for impaired drivers."

Five people were injured after a Laval city bus crashed into a daycare Wednesday morning, according to Urgences Sante. The incident took place at the Garderie éducative Sainte-Rose on Dufferin Terrace in Laval's Sainte-Rose district. At least one person was seriously injured.