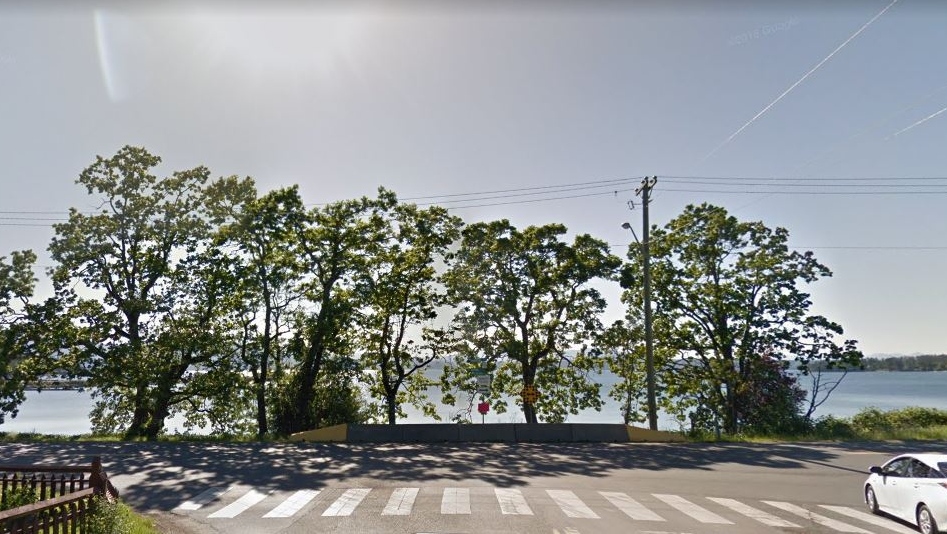 One person is dead after their vehicle went off the road and into the Saanich Inlet on Saturday.

Police, firefighters and paramedics were called to the intersection of Mills Road and West Saanich Road, near the Victoria International Airport, just before 9 p.m.

First responders found a vehicle in the inlet with one person inside, the RCMP said Monday. Tide charts indicate the tide was low when the crash occurred, and a witness told CTV News there was no water in the inlet where the vehicle landed.

A search of the waterfront did not reveal any other persons involved and it appears the driver was the lone occupant of the vehicle, police said.

An investigation is still underway but police say the incident does not appear suspicious.

This story has been updated to reflect a witness account that the vehicle was not submerged in the inlet when it landed. A previous version of the story indicated that the vehicle landed in water.

A Russian soldier who pleaded guilty to killing a Ukrainian civilian was sentenced to life in prison on Monday in the first war crimes trial since Moscow invaded three months ago, unleashing a brutal conflict that has led to accusations of atrocities, left thousands dead, driven millions from their homes and flattened whole swaths of cities.

Wreckage found of plane that disappeared in Ontario with Alberta men onboard, police say

The wreckage of a small plane that disappeared last month in northern Ontario with two men aboard has been located in Lake Superior Provincial Park.

Health officials remain perplexed by mysterious cases of severe liver damage in hundreds of young children around the world.