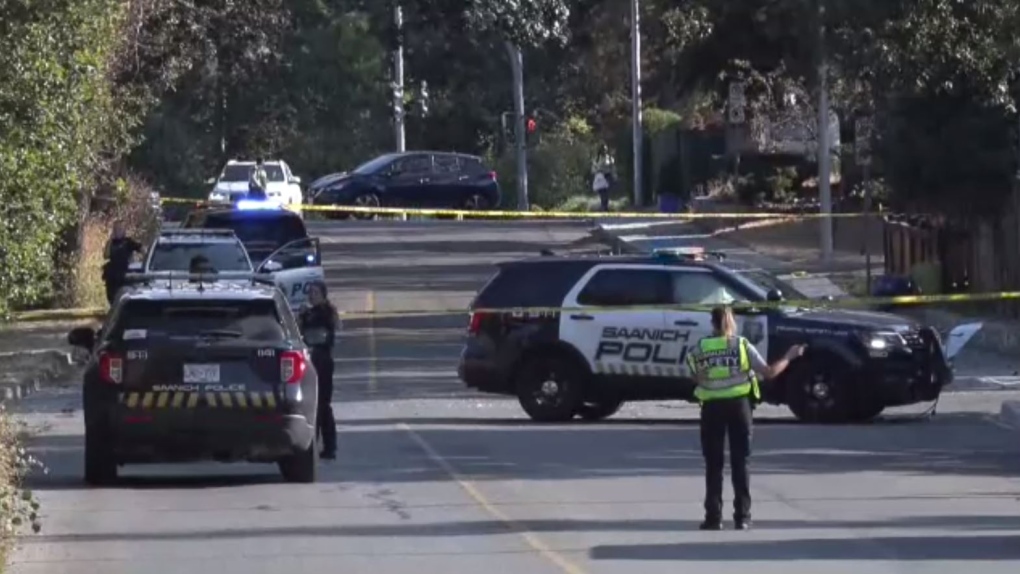 The driver of a white Tesla vehicle was arrested Thursday afternoon after they reportedly fled from police and crashed into several Oak Bay and Saanich police vehicles.

Saanich police say the incident began around 3:45 p.m. when officers spotted the Tesla driving in a "dangerous manner" near the intersection of Cedar Hill Cross Road and Shelbourne Street.

Attempts to stop the vehicle didn't work, police say, so officers decided to pursue the car based on the driver's behaviour.

"Due to concern for public safety and everyone on the road this afternoon, police continued to pursue in an attempt to stop the driver as soon as it was possible to do so," said Saanich police in a statement Thursday evening.

The Tesla ended up crashing head-on into an Oak Bay police vehicle that was assisting with the call, as well as two Saanich police vehicles, at the intersection of Gordon Head Road and Campus Crescent.

After the crash, police say the male driver of the car refused to exit the vehicle.

The man was eventually taken into custody with help from the Greater Victoria Emergency Response Team and police dogs.

The driver, meanwhile, was taken to hospital for treatment after the crash, though police did not specific the severity of his injuries Thursday.

The man faces several recommended charges, including dangerous operation of a motor vehicle and failing to stop for police.

While the investigation is in its early stages, police also believe the driver may have been impaired by drugs.