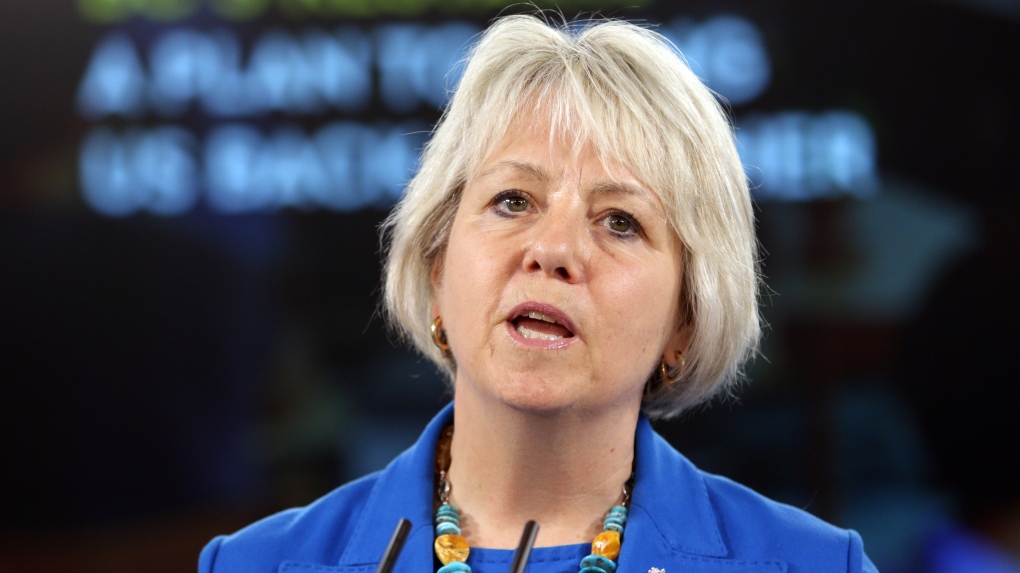 Provincial Health Officer Dr. Bonnie Henry talks about B.C.'s plan to restart the province during a press conference at Legislature in Victoria, Tuesday, May 25, 2021. THE CANADIAN PRESS/Chad Hipolito
Vancouver -

An artist, three doctors and a First Nation chief are among the 16 people appointed to the Order of British Columbia this year.

"Their extraordinary leadership has been a source of strength for communities across the province," said Austin in a statement. "In difficult times, they have connected us through art, culture, public service and more. As we move with optimism toward the future, their achievements will be a foundation of success for future generations."

Probably the most high-profile appointee this year is provincial health officer Dr. Bonnie Henry, who has been the face of B.C.'s response to the COVID-19 pandemic since January 2020.

The full list of 2021 Order of B.C. recipients follows.

A total of 257 British Columbians were nominated for the Order of B.C. this year.

Since its inception, 475 British Columbians have been appointed to the order. Members come from all regions of the province and are appointed roughly in proportion to each region's population.

"Each one of this year's Order of British Columbia recipients has made tremendous contributions to their communities," said Premier John Horgan in the statement. "I want to extend my congratulations and honour them for their leadership and dedication as community leaders."

The United Conservative Party says it will be moving up its annual general meeting in 2022 from the fall to the spring, and it's Jason Kenney's idea to do so.