A Nanaimo, B.C., dancer is basking in an incredible win alongside her instructor of 10 years after the teen won an international competition in Scotland.

Annalise Lam was named the Junior World Highland Dance Champion after travelling to Dunoon, Scotland, to compete in the event on Saturday.

The 17-year-old won the world event on her first attempt, in the country where the dance discipline originated.

"I’m just so grateful for everyone that helped me and believed in me along the way," said Lam.

The teen has trained with Brigadoon Dance Academy for more than 10 years. Her instructor Diena Henry was emotional speaking to CTV News about her excitement over the win.

"I kept looking at the pictures to make sure this really happened," she said.

"I mean, I know what a beautiful dancer she is and the hard work she put in. I’m going to start crying right now just talking about it," Henry added. "And she has worked so hard." 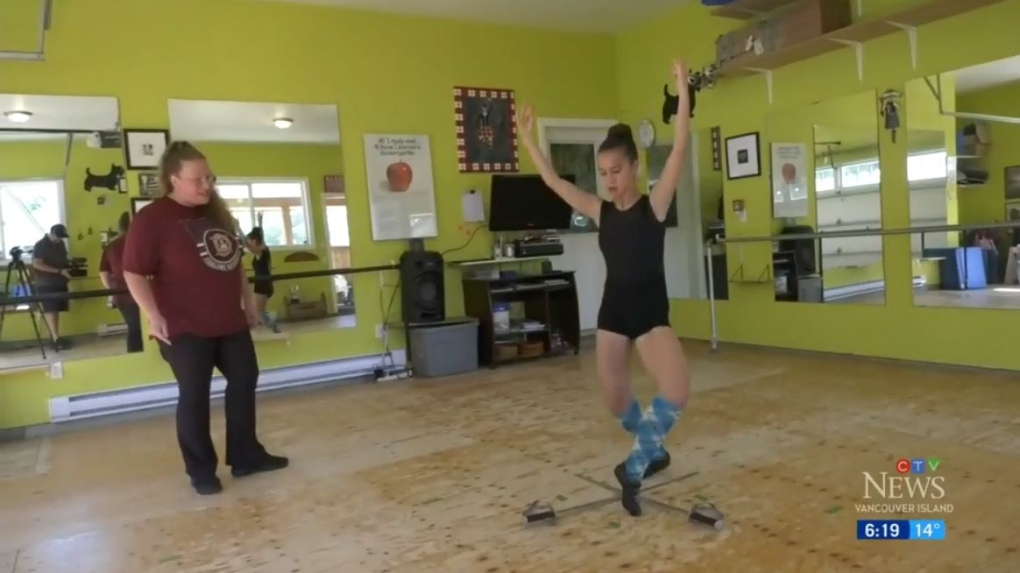 The coach said she had never competed on that level – and she was touched by a hug and the words from a mentor of her own, when her student won.

"She said, 'You are good enough, stop doubting yourself. Never doubt yourself again,'" said Henry.

The top 20 competitors from each age group have to qualify to compete in the finals at the Cowal Gathering. The convenor of dance, who spoke to CTV News from Dundee, said the competition is stiff.

"The standard this year was better than it has ever been," said Deryck Mitchelson.

The competitors have to stand out in four traditional dances: The Highland Fling, Sword, Seann Truibhas, and Strasthspey & Highland Reel.

There are 12 judges that need to be impressed. They take the aggregate score, so the dancer with the best points across all four events ends up the winner. A touch to a sword laid below the dancers for one event, for example, would disqualify the performer from any points on that dance alone.

"It may be her first year across," said Mitchelson about Lam’s win, "but right from the first count on the very first dance she was absolutely amazing."

Mitchelson is a former six-time world champion himself.

"I’m so proud of myself," said Lam. "It doesn’t get any better than that in highland dancing."