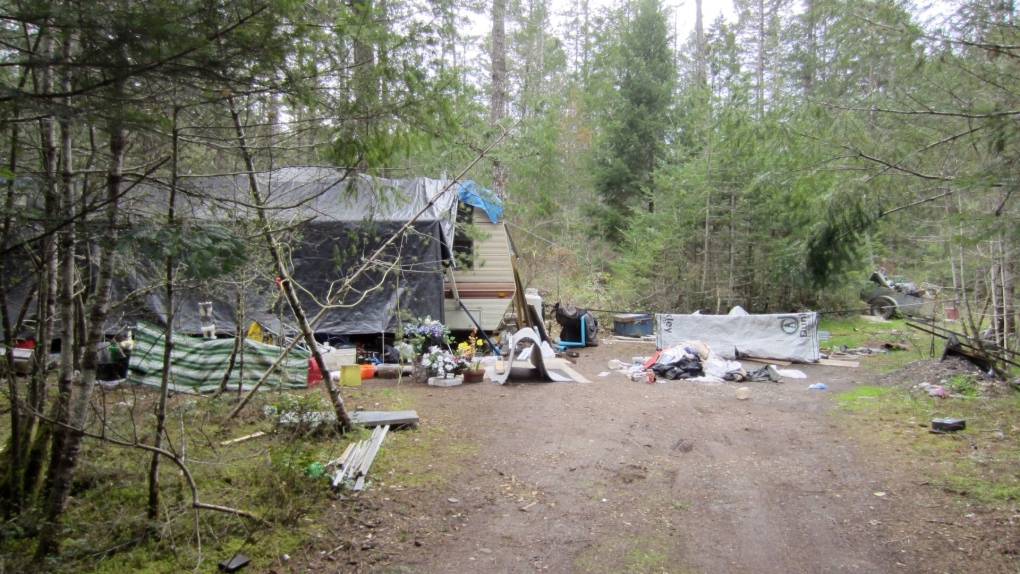 An island forestry company and residents who live near a gravel pit where a fatal shooting took place say there has been an increase in illegal activities and unsanctioned dwellings in the area: (Submitted)

COURTENAY -- A manager with a major forest company on Vancouver Island says unauthorized activities on their properties has risen significantly in 2020.

Public attention to the area grew after three people were found killed and another was injured following a shooting in a back-area of Whiskey Creek on Nov. 1.

Domenico Iannidinardo is the vice president of forest and logistics and chief forester for Mosaic Forest Management. He says the increase in illegal activities is noticeable.

"When it comes to these unauthorized activities and dwellings, it's been busier than normal this year" Iannidinardo said.

He says there's been more people taking advantage of "responsible public access" to recreational opportunities on their lands, something the company has procedures for, including plans for a dozen campsite areas.

But, the downside to public access this year is that more illegal activities, such as dumping and people setting up dwellings, has occurred.

Iannidinardo says the encampments have been hard to manage.

The company is also concerned about the safety of its employees.

"It is a working forest, we have thousands of people working out there every day and we need to know where they are so we can ensure they're safe," said Iannidinardo.

Safety has also been an ongoing concern for many residents living around the Whiskey Creek area who say they've tried for several years to get something done about a situation that's been getting worse.

"It's amazing, three people get shot and now I'm hearing something back on it. We were worried something like this was going to happen," said one resident who didn't want to be identified.

Another resident who has been documenting the encampments and trash dumping didn't want his name used either but says the area is being increasingly used by those living in the bush and for nighttime recreation.

"Every weekend there's people partying up there. There's bonfires, people shoot guns at night, they shoot guns by the highway," said the resident. "I've been wanting them to shut down that road because people just can't behave themselves."

Who owns the property where the shocking murders took place is still unclear. When contacted by CTV News, the Nanaimo Regional District said it can't comment on the situation at Whiskey Creek because of the ongoing police matter.

Iannidinardo says, according to location information provided to his company by the RCMP, the crime scene is not on Mosaic property.

In other locations he says the company is doing what it can to clean up areas.

"We do work with communities and provincial agencies. Sometimes the RCMP attend to these and we're very mindful, particularly with unsanctioned dwellings, to resolve these matters in a compassionate way," he said.