First responders set up a detour on Highway 19A near Parksville, B.C. on Thursday afternoon after a trailer truck transporting a load of hydrogen peroxide rolled over onto its side.

Parksville Fire Chief Marc Norris says firefighters were called to the crash near the intersection of Highway 19A and Franklin's Gull Road just after 4 p.m.

"When we arrived on scene, we found a tractor unit carrying 70 per cent hydrogen peroxide on its side with a small ground fire around it, and with some product seemingly leaking from the vehicle," he said Friday.

"What we had was a small fire from the peroxide hitting the ground and a reaction," said Norris. 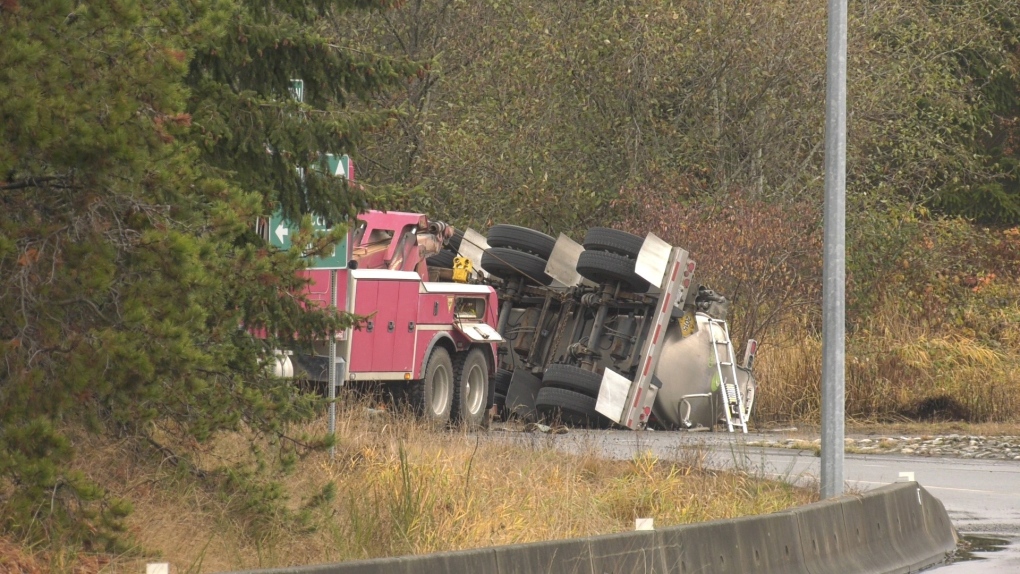 Firefighters quickly shut down the highway in both directions as they doused the flames.

A detour around the highway was still in effect as of Friday.

"At this point, we're just monitoring the situation as the hazmat technicians prepare to offload the truck," said Norris.

There were no injuries in the crash, firefighters say, and the driver of the truck was able to exit the vehicle on his own.

Hydrogen peroxide is an oxidizer that's used for a variety of purposes, including bleaching and disinfecting items.

This load was bound for an island pulp mill, according to Norris.

"In Parksville we had, for many years, a trans-loading facility where we loaded hydrogen peroxide," said the fire chief.

"It was offloaded from railcars onto trucks [going to places] like pulp mills," he said.

"During that time, we had a lot of training, but we had zero incidents. This is the first incident that I've attended involving this kind of hydrogen peroxide," said Norris. 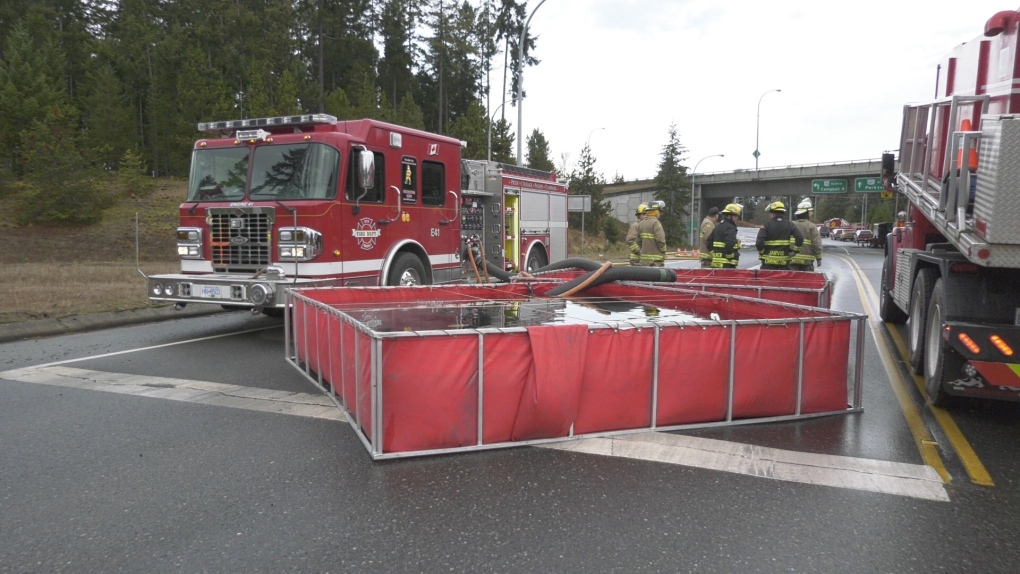 The fire chief says he's unsure how long the detour will be in effect. Crews were at the scene Friday afternoon waiting for a new trailer to arrive to load the product and ship it to its intended destination.

Once all of the chemical has been loaded and delivered, the overturned vehicle will be removed from the site. Then, an environmental assessment will take place "to make sure there's no permanent damage to the environment."

If there is, remediation will be needed.

Norris says that while some hydrogen peroxide leaked from the truck, much of it was contained in auxiliary piping, which did not break.

The federal Liberals are withdrawing an amendment to their guns bill that introduced a controversial new definition of an assault-style weapon. The amendment would have defined what kind of firearms should be banned in Canada and added dozens of new semi-automatic rifles and shotguns to the list.

Canada's egg industry appears to be quietly sidestepping widespread shortages and wildly spiking prices affecting other countries, and some say supply management is to thank.

Most of Ontario is under an extreme cold warning as a blast of Arctic air delivers biting wind chills.

Could the fungal outbreak in The Last of Us happen for real?

The post-apocalyptic TV adaptation of the video game The Last of Us has some wondering about the real-life possibility of a global pandemic caused by fungus, and one expert says it’s not a concept to dismiss.

British Columbia Premier David Eby says he's going into next week's health-care meeting between the premiers and prime minister with an open mind — and without a red line dollar ask for the federal government.

Big tech companies that offer online streaming services could soon be required to contribute to Canadian content as a controversial Liberal bill gets one step closer to becoming law.