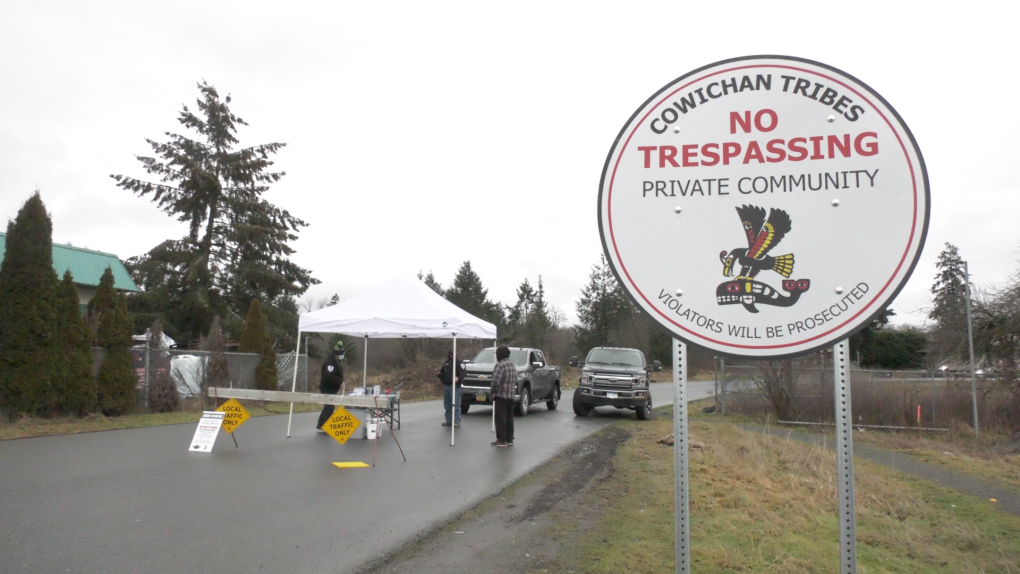 VICTORIA -- A Vancouver Island First Nation is reporting 14 more cases of COVID-19 among its membership.

The Cowichan Tribes said Friday there were 104 confirmed cases among its roughly 5,000 members.

The nation received 600 doses of the Pfizer vaccine on Tuesday. All 600 doses were administered to elders and frontline staff on Wednesday and Thursday, according to Cowichan Tribes associate health director Marnie Elliott.

Thirty-seven people at the Duncan-area First Nation have fully recovered from the disease, Elliott said.

The nation has closed its drive-through vaccination clinic as it waits to find out when more COVID-19 vaccines will arrive.

Cowichan Tribes general manager Derek Thompson says the nation will provide weekly updates on the outbreak on its website.

Henry said she was “saddened and disturbed” by the ongoing discrimination targeting the nation since it first reported the outbreak on Jan. 1.

“This type of racism cannot be tolerated, and I stand against this with my colleagues saying that this must stop on Vancouver Island and across B.C.,” she said.