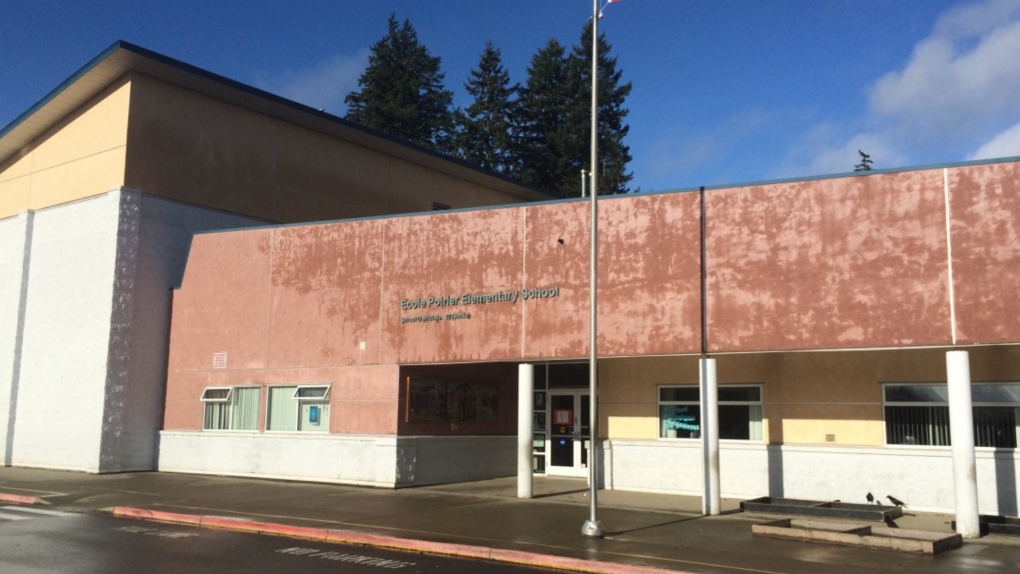 École Poirier Elementary School in Sooke is seen in this image from its website.
Vancouver -

Island Health has added École Poirier Elementary in Sooke and Brooklyn Elementary in Comox to the list, which already included five other Island schools dealing with clusters.

The health authority defines a "cluster" as "two or more confirmed cases within a 14-day period, with evidence of transmission occurring within the school and no other likely source of exposure."

That differs from the definition of an "outbreak," which is "multiple confirmed cases within a 14-day period, with evidence of ongoing transmission occurring within the school."

Since the start of the school year, there have now been seven clusters on Vancouver Island, but no outbreaks have been declared. Other health authorities in the province - notably Fraser Health and Vancouver Coastal Health - have not published any public notices about clusters so far this year, though Fraser Health has declared outbreaks at two schools.

Earlier in the week, provincial health officer Dr. Bonnie Henry announced that B.C. would be revamping its school exposure notification system, after facing criticism from parents and teachers for withholding information at the start of the year.

Last school year, parents received notifications whenever someone in a school community tested positive for COVID-19. That practice was discontinued ahead of the current school year, with Henry saying it had caused "anxiety" for parents.

It's unclear what the new system Henry announced will look like. The provincial health officer initially said updates would be announced later in the week, but that didn't happen. An announcement is now expected in the coming week.

The changes come as the number of COVID-19 infections among B.C. residents under age 10 surges.