Courtenay hands out $200K in fines after 107 protected trees damaged 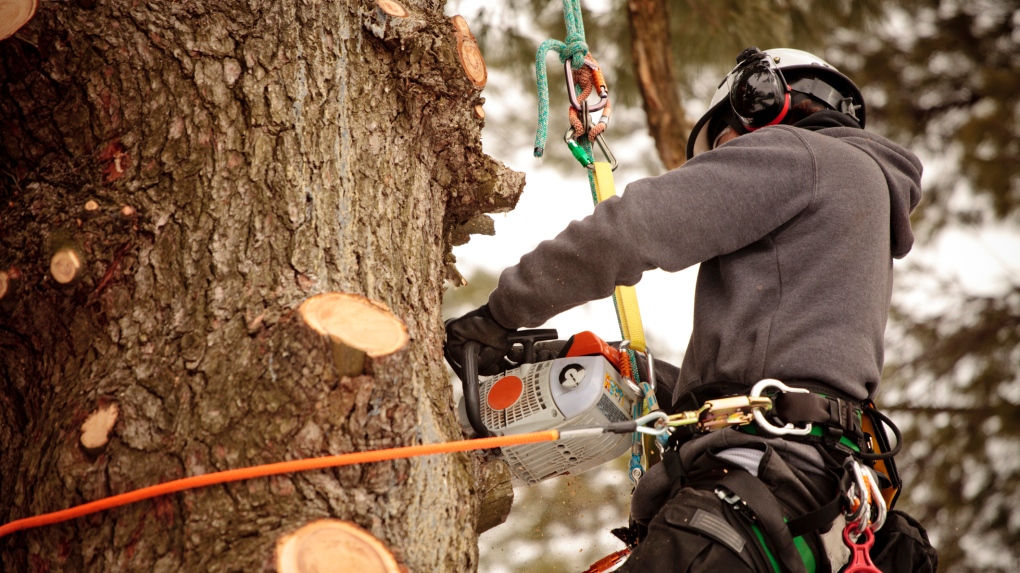 An arborist is pictured cutting branches with chainsaw in this file photo. (iStock)

The City of Courtenay has announced hefty fines for a contractor and property management company after more than 100 protected trees were damaged in the community.

The municipality says 107 protected trees were either cut down or damaged while work was being done on a property on 20th Street near Lambert Drive in mid-December.

"The area is within a riparian area of the Piercy Creek watershed, and protected by a covenant which required that it remain in a natural state," said the city in a statement Tuesday.

"These are heavy penalties, but the fines are clearly laid out in our bylaws," said Courtenay Mayor Bob Wells in a statement.

"Riparian areas are protected by law, and there are serious consequences for those who damage them," he said.

The city says the tree damage was reported on Dec. 16, at which point the municipality ordered that all work stop.

Generally, tree cutting permits are required if an area falls under a similar covenant or within an environmentally sensitive area, according to the city.

Municipal workers investigated the work site and determined that adjacent property owners were not involved in the tree cutting.

The city says it also notified Fisheries and Oceans Canada since the tree cutting occurred next to a stream.

The contractor and property management company now have 14 days to pay or dispute the fine.

The gunman who attacked an Independence Day parade in suburban Chicago, killing at least seven people, legally bought two high-powered rifles and three other weapons despite authorities being called to his home twice in 2019 after he threatened suicide and violence, police said Tuesday.

Thousands of delegates gathered for the annual Assembly of First Nations meeting Tuesday to talk about the Pope's visit, Indigenous rights, housing and other priorities, but those issues were upstaged by claims of corruption and infighting over the leadership of National Chief RoseAnne Archibald.

More than half of Canada's AstraZeneca vaccine doses expired, will be thrown out

Canada is about to toss more than half of its doses of the Oxford-AstraZeneca COVID-19 vaccine because it couldn't find any takers for it either at home or abroad.