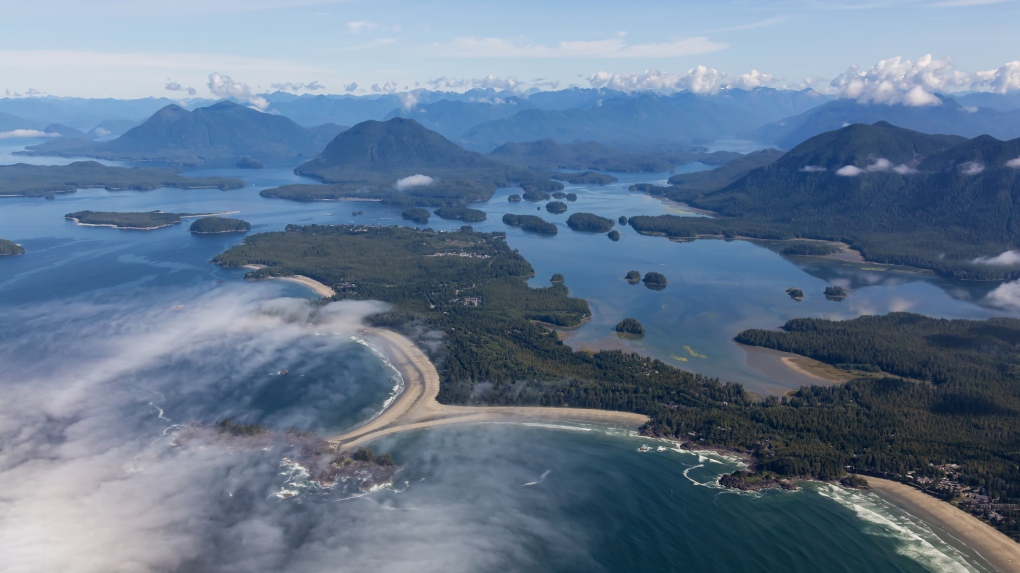 A B.C. judge has awarded a former Tofino resident more than $70,000 in damages after he brought a civil lawsuit against a man who attacked his car with a 2x4 in 2018.

In a decision handed down late last month, B.C. Supreme Court Justice Catherine Murray ordered Ole Marvin Hansen to pay the damages to Clayton Giesbrecht, writing that Hansen's conduct was "so egregious that it must be punished."

The conduct in question occurred in the early morning hours of Jan. 22, 2018, according to Murray's decision.

Between 4:30 and 5 a.m., Giesbrecht was in his vehicle in the parking lot of Castaways store to check the internet. He told the court he had an agreement with the business that allowed him to use its internet in exchange for helping out at the store.

When he finished, he backed across the parking lot to a spot right beside Hansen's home.

"He tried to go forward but his car would not move," Murray wrote in her decision.

"Being a cold morning, Mr. Giesbrecht thought his car would not move because the engine was cold. He sat in that spot revving his engine in an effort to warm it up."

The revving of the engine woke up and angered Hansen, who got out of bed, dressed and went outside, according to the decision.

"On his way out the door, he grabbed a piece of wood similar to a 2x4," the judge wrote. "Wielding the piece of wood like a baseball bat, Mr. Hansen repeatedly struck Mr. Giesbrecht’s car, shattering the front and rear windshields and denting the window frames. Mr. Hansen then struck the driver’s side window, breaking it and hitting Mr. Giesbrecht’s arm, causing injury."

Hansen pleaded guilty to the criminal charge of mischief for the attack, according to Murray's decision. He was sentenced to probation.

In response to Giesbrecht's civil lawsuit, Hansen argued that Giesbrecht had not taken steps to mitigate his damages, that awards of aggravated and punitive damages were not necessary, and that Giesbrecht was not a credible witness.

In support of this last point Hansen pointed to Giesbrecht's "unrealistic ideas or ideals," according to Murray's decision.

"Mr. Giesbrecht has ideas that can perhaps be characterised as not mainstream," Murray wrote, explaining the allegation.

"He lives a simple life. He is not driven by money but rather by his passions. For example, he testified to the allure of a surfing lifestyle, which means if there are waves, everything else takes a back seat to surfing. According to Mr. Giesbrecht, he has told employers and prospective employers that if there were waves he would not be at work."

The judge was not convinced that this lifestyle undermined Giesbrecht's credibility before the court.

"While Mr. Giesbrecht’s ideals might not be financially savvy or even perhaps realistic, there was nothing disingenuous about his evidence," she wrote. "He struck me as a sensitive, unsophisticated man. While some of his ideas are unconventional and may not make sense to some, I did not find that he was anything but honest in his evidence."

Murray found that Hansen was liable for Giesbrecht's injuries, noting that he had admitted to smashing the car and did not deny striking Giesbrecht himself in the process.

"I have no difficulty finding that in his fury, Mr. Hansen struck Mr. Giesbrecht’s elbow with the piece of wood when he smashed through the driver’s side window," the judge wrote.

Murray ordered Hansen to pay a total of $75,805.25 in the case, but not all of it was awarded to Giesbrecht.

Murray declined to award Giesbrecht any money for loss of past income caused by his injuries, nor for loss of future earning capacity, saying "the evidence regarding Mr. Giesbrecht’s ability to work following the assault is unclear."

Prince Harry and his wife, Meghan, offered a sweeping indictment of Britain's media and the racism they believe has fuelled coverage of their relationship in a Netflix documentary series that promises to tell the "full story" of the couple's estrangement from the Royal Family.