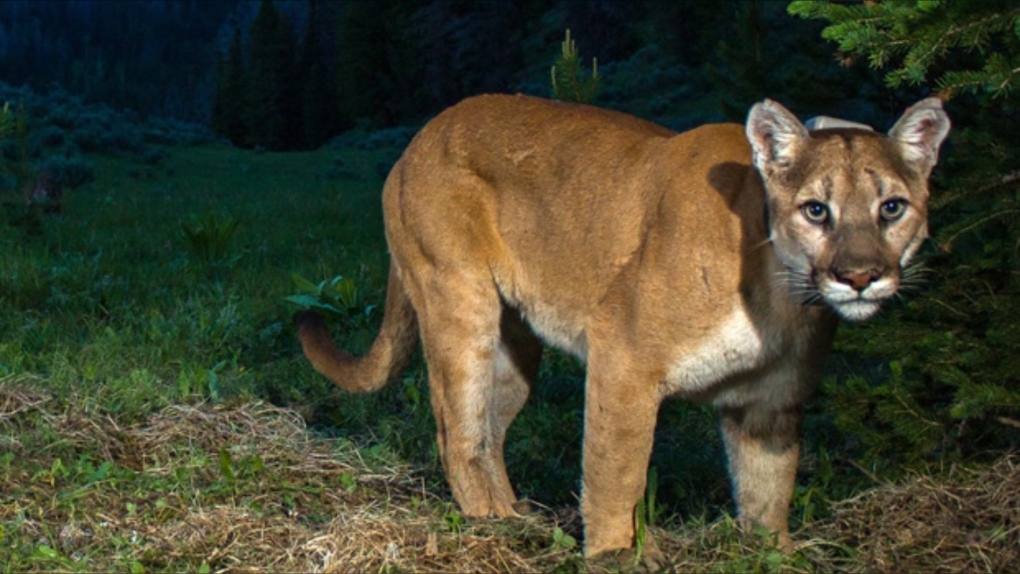 The West Shore RCMP are warning community members of a cougar encounter at Thetis Lake Park on Tuesday evening.

Mounties say the cougar was spotted just after 7 p.m. by a woman walking her dogs on a park trail.

The woman told police that the cougar "popped out along the trail" and followed her. She was able to stay calm, make noise, and return to her vehicle safely, police say.

Mounties went to the park Tuesday evening but were unable to locate the cougar. The BC Conservation Officer Service has been notified of the encounter.

Anyone who spots a cougar in an urban area is asked to call the BC Conservation Officer Service at 1-877-952-7277.

If a wild animal appears to pose an immediate danger, residents are urged to call 911.

The West Shore RCMP has released several tips on how to avoid a cougar, such as hiking in groups, making noise to not surprise a cougar, and keeping children close and under control.

If you encounter a cougar, do not approach it, remain calm, try to appear large and talk to the cougar in a confident voice while backing away slowly.

Do not turn your back to a cougar and do not run from one. Children should also be picked up, as sudden or frightened movements can trigger an attack.

Further tips on cougar encounters can be found on the Province of B.C. website.

Brazil's top two presidential candidates will face each other in a runoff vote after neither got enough support to win outright Sunday in an election to decide if the country returns a leftist to the helm of the world's fourth-largest democracy or keeps the far-right incumbent in office..