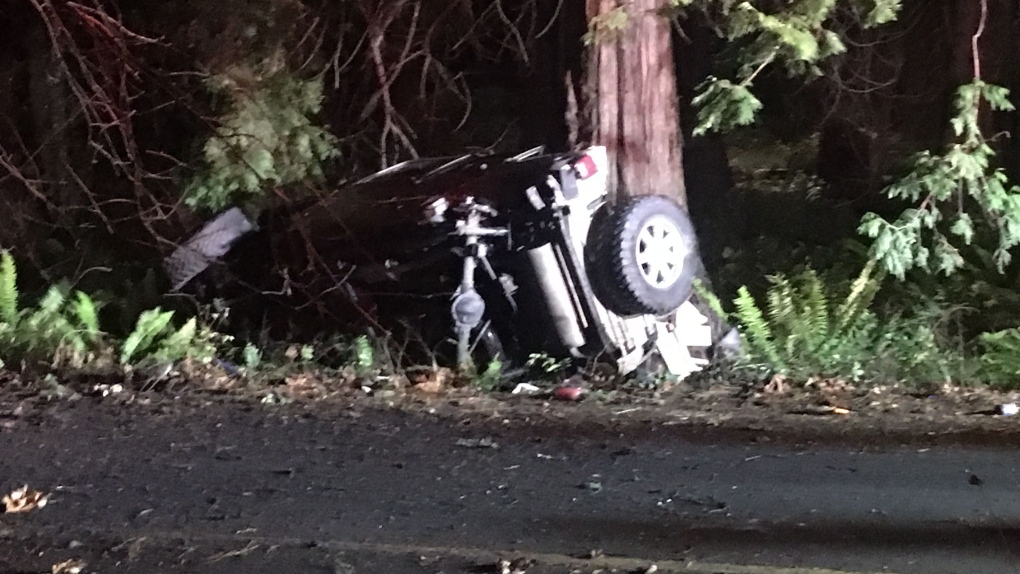 Saanich police say a driver was taken to hospital in the early hours of Thursday morning following a crash near Mount Douglas.

Officers were called to the crash just after 1:30 a.m. for reports of a vehicle driving off the road and hitting a large tree.

Police located the car resting on its side in the 4500-block of Cedar Hill Road. 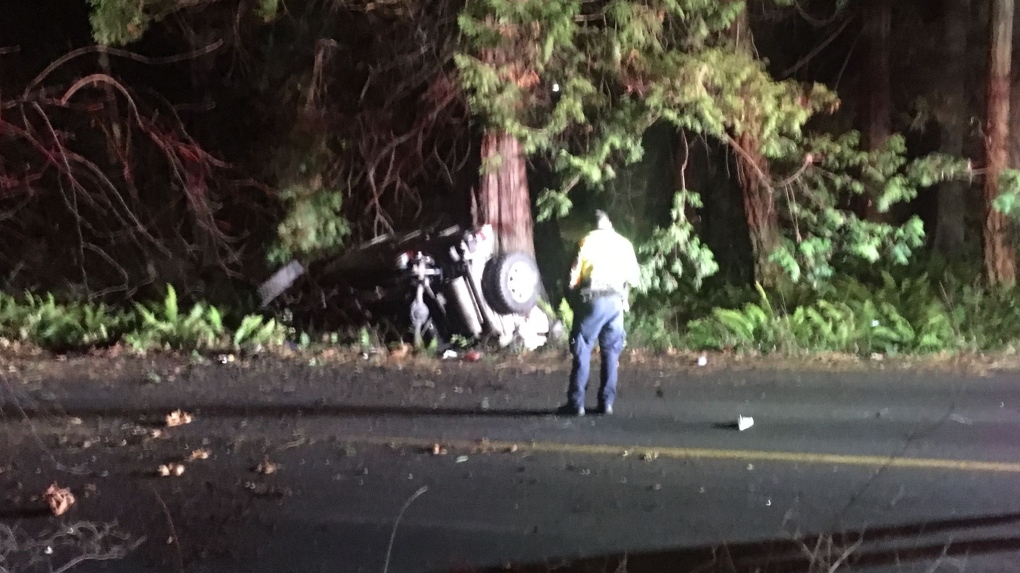 The driver and lone occupant of the vehicle was treated by paramedics before being taken to hospital for non-life-threatening injuries, police say.

Investigators believe alcohol played a role in the crash, though the investigation is still underway.

"While the driver was fortunate to walk away with non-serious injuries, this type of collision was completely preventable," said Saanich police Const. Markus Anastasiades in a statement.

"Impaired driving can have tragic consequences," he said.

It's part of the police department's "winter counter attack campaign," which aims to remind drivers to have a safe plan to get home during the holidays.

The Toronto police will be rolling out an increased presence across the TTC following a rash of violent, and sometimes random, incidents on the city’s transit system.

Canada and the United States are laying out the details of their new bilateral workaround for the Nexus trusted-traveller system.

Members of Pierre Poilievre's Conservative caucus have been told they are no longer allowed to charge taxpayers for home internet services.

The federal privacy watchdog says Home Depot shared details from electronic receipts with Meta, which operates the Facebook social media platform, without the knowledge or consent of customers.

Liberal member of Parliament and former cabinet minister Kirsty Duncan has announced that she is taking an immediate medical leave due to a 'physical health challenge.'

Five former Memphis police officers have been charged with second-degree murder and other crimes in the arrest and death of Tyre Nichols, a Black motorist who died three days after a confrontation with the officers during a traffic stop, records showed Thursday.

A new report says misinformation about COVID-19 contributed to more than 2,800 Canadian deaths and at least $300 million in hospital and ICU visits.