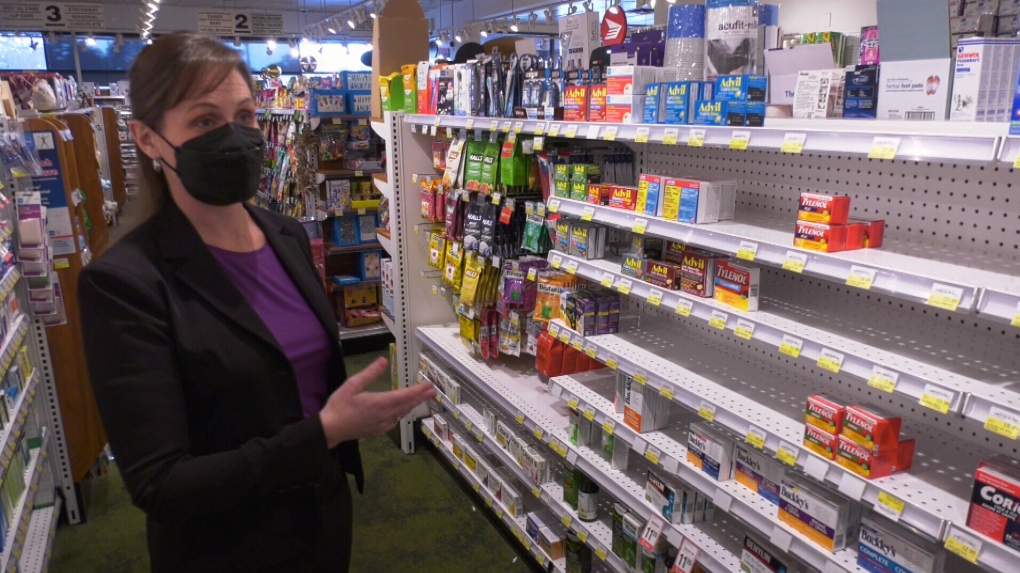 Federal aid in the form of children's cold and flu medicine is trickling in to Vancouver Island pharmacies but the resupply is doing little to address shortages, with the medication running out again almost as quickly as it arrives.

The company has six locations in Greater Victoria, and Dixon says each of them have received a couple shipments of acetaminophen from the federal government to address the national shortage of children’s cold and flu medicine.

Unfortunately, it's not enough, she says.

"When we say shipments, it's like maybe 12 bottles," she says. "So it's in very, very small supply."

As the shortage of children’s medicine continues into peak cold and flu season, the pharmacy is recommending that parents consult a pharmacist about alternative options if the preferred liquid medicine is unavailable.

"We are often keeping it behind the counter so the pharmacist can counsel the patient and make sure that no one is taking more than one bottle at once because we know that this is in such short supply, and it's needed for the sickest patients," she says.

"Sometimes that involves splitting a tablet in half or crushing a tablet or something like that, and mixing into an apple sauce or pudding," says Dixon.

Dixon says that unless the federal government prioritizes domestic manufacturing and an essential medicines list, shortages like this may continue in the future.

President Joe Biden said on Saturday that he ordered U.S. officials to shoot down the suspected Chinese spy balloon earlier this week and that national security leaders decided the best time for the operation was when it got over water.

How to stay safe in extreme cold: Recognizing the signs and symptoms of frostbite, hypothermia

Eyes on the sky as Chinese balloon shot down over Atlantic

Eyes were locked on the skies Saturday as a suspected Chinese spy balloon passed over the U.S. Eastern Seaboard -- where local authorities warned civilians against taking potshots with rifles -- before it was shot down when it drifted over the Atlantic Ocean.