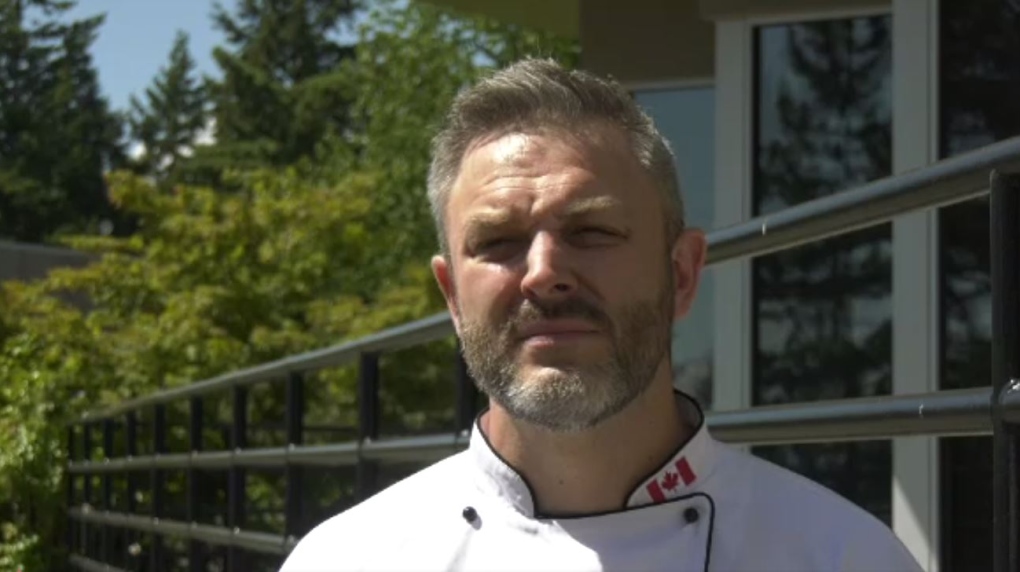 A chef on a cross-Canada tour is trying to help pioneer a new culinary frontier, despite restrictions on serving cannabis.

Travis Petersen has partnered with Russell Hendrix Restaurant Equipment and Supplies to teach an introduction to culinary cannabis.

The course, open to culinary professionals, teaches its students about the different parts of the plant, safety practices and methods for creating extractions.

Five students attended the class Thursday night in Victoria, the first stop in the tour of 10 Canadian cities.

"I thought it would be brownie cookies and stuff like that with ground-up cannabis in it, but it was not that at all,” says Erik Andersen, a former head of Camosun College’s culinary department. “It was extractions made from cannabis into oils, into sugars, into salts, infused into the food.”

Strict regulations around edible cannabis prohibit restaurants from introducing it to Canadian menus.

One of the rules is that licensed cannabis processors can’t make cannabis products in the same building as non-cannabis foods.

“This control measure is designed to help minimize the risks of cross-contamination and reassure Canadians and Canada’s international trade partners of the safety and quality of food produced in Canada,” Health Canada said in a statement to CTV News.

Petersen is frustrated by the restrictions and has chosen to run his course anyway.

“This is the next frontier within the culinary world,” he says. “If you were ever going to trust anyone with cannabis, it should be the chef.”

Restaurants Canada, a voice for the food service industry, says there is interest to grow this side of culinary market and it wants a seat at the table.

“We’d love to see a level playing field where we can get involved and where these creative chefs that we have in the industry can do a little bit more than what’s currently allowed under the federal regulations,” says vice-president Mark von Schellwitz.

Shackleton likens the addition of cannabis on menus to a glass of wine.

Health Canada did not say whether it is considering changes to its rules for cannabis in restaurants.

A family in the remote First Nation community in Peawanuck, Ont., is dealing not only with the death of their young daughter, but the loss of everything they owned in a Jan. 28 house fire.

Two monkeys were taken from the Dallas Zoo on Monday, police said, the latest in a string of odd incidents at the attraction being investigated -- including fences being cut and the suspicious death of an endangered vulture in the past few weeks.

As the B.C. government decriminalizes small amounts of hard drugs, critics note there are still not enough treatment resources for the users seeking them.

A Russian company said it will offer five million roubles (US$72,000) in cash to the first soldiers who destroy or capture western-made tanks in Ukraine, after the Kremlin vowed Russian forces would wipe out any Western tanks shipped to Ukraine.

Driver in California cliff crash that injured 4 is charged

The driver of a car that plunged off a treacherous cliff in northern California, seriously injuring himself, his wife and their two young children, was charged Monday with attempted murder.