Eighteen-year-old Cameron Whitcomb is in Nanaimo, B.C., visiting family and friends after a lengthy run on this season of American Idol.

The B.C. teen was eliminated on Monday night's episode after making it to the last 20 contestants.

"The entire experience has changed my life," Whitcomb told CTV News. "American Idol has given me the platform to build something."

Whitcomb is now putting his job as a pipeline worker in Kamloops, B.C., on hold and is trying to pursue a career in the entertainment industry.

"I don't want this fire to end and just want to keep it going," he said.

"It seems like people are reaching out to me and there’s tons of opportunity now."

The American Idol journey was a whirlwind experience for the B.C. teen.

He originally never applied for the show and was scouted by a talent casting agency after they saw a social media post of him singing.

"They were like, 'Do you want to be on American Idol?' And I was like, 'Yeah right, nice try.' I totally thought it was fake but it was a real thing," said Whitcomb.

He then flew to Texas to audition, where the judges gifted him a 'golden ticket' after seeing potential in him.

"It was crazy," Whitcomb recalled. "It didn't really process in my mind and I walked into the bathroom and started hyperventilating."

Whitcomb became the second singer with ties to Nanaimo to get a golden ticket to Hollywood in the past three years of the show.

In 2020, 16-year-old Lauren Spencer-Smith amazed judges with her audition and went on to crack the top 20 as well. Spencer-Smith credits her time on Idol with catapulting her ongoing successful career.

Whitcomb is hoping to do the same and reached out to Spencer-Smith before his audition, as well as after when he was getting ready for the dreaded "Hollywood Week."

"She’s like Hollywood Week is what you make it and she really prepared me for the most part for it," he said.

Before American Idol, Whitcomb says he was a green hat laborer who liked to crack jokes and liked to do backflips.

Now, he says he’s the same guy, except more knowledgeable about the music industry. But, he admits there’s still a lot to learn.

His signature backflips during his performances came from when he was younger after his little brother learned to do them.

"Anything your little brother does, you obviously have to be able do it right?" he said. "I just started doing them until [I stopped] hurting myself."

His older brother, Sheldon Whitcomb, made a bet that if Cameron cracked the top 24 list, he would get the American Idol logo tattooed on his butt.

"He sent me a photo and it was his [butt] and the American Idol logo. It’s huge and took six hours," said Whitcomb. "He’s definitely my number one supporter of Cameron Whitcomb." 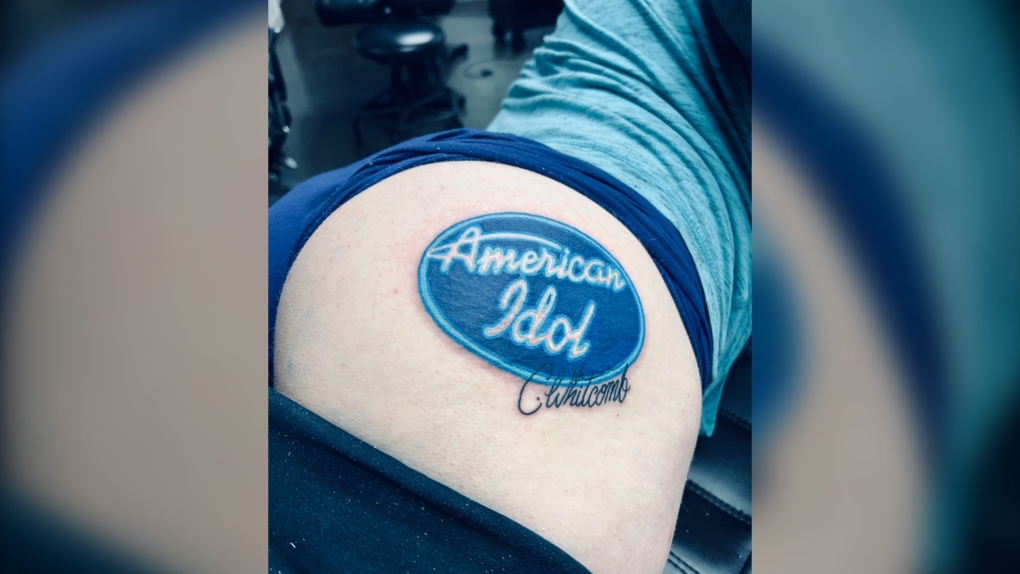 Whitcomb was going to get a matching tattoo if he cracked the top 10.

Other than missing the "family" he has made while on the show, the 18-year-old has no hard feelings about his exit.

"I’m going to miss them lots and I hope they are all doing amazing."